April 18, 2018 - Berlin, Germany - Wednesday, April 18, 2018.A flower rests on a Gleis 17 (Track 17) plaque at the Grunewald Station memorial in Berlin, Germany. Track 17 at the Grunewald Station was one of the major sites of deportation of the Berlin Jews during World War II. ..Prior to 1942, the trains from this site left mainly for the ghettos of Litzmannstadt and Warsaw. But from 1942, the trains went directly to concentration camps including Auschwitz and Thereisienstadt...Plaques with details of every deportation shipment of Jews from Berlin exist on both sides of the platform. More than 50,000 Berlin Jews were sent to ghettos and concentration camps from this station. (Credit Image: © Tracy Barbutes via ZUMA Wire) 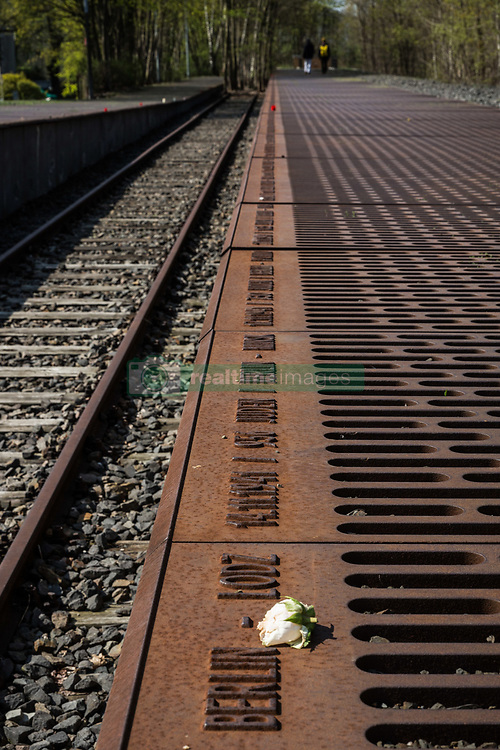