Street Theatre calls for end to Inequality at the LSE, London, UK

June 7, 2017 - London, UK - London, UK. 7th June 2017. A protester plays the Director of the LSE at the Life Not Money at the LSE street theatre protest supporting London School of Economics cleaners who have taken a series of weekly strikes for equality. The LSE and employers Noonan treat them as second-class citizens, refusing to recognise their union the United Voices of the World and giving them low pay and grossly inferior conditions to directly employed staff. Two sprayed a chalk slogans on the road while others alternated chanting 'London School of Exploitation' with loud blowing of vuvuzelas. They then performed a short play in which a character playing the LSE director tore the shirts off the backs of several cleaners and boasted about his huge and rapidly rising salary, while a student and a lecturer made excuses about not intervening. Peter Marshall ImagesLive (Credit Image: © Peter Marshall/ImagesLive via ZUMA Wire) 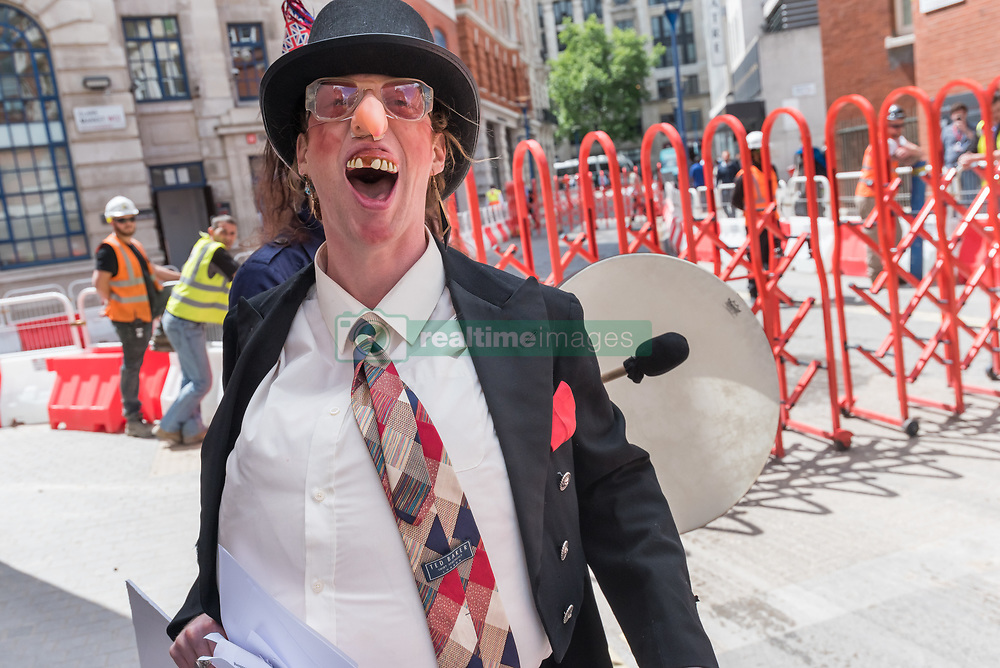