June 25, 2017 - New York, New York, United States - Queer and trans allies, part of the No Justice No Pride movement blocked the NYPD and Toronto Police contingents at the New York City Pride March in pride for Trans and Queer lives. Protesters chained themselves to one another bringing the march to a complete halt. Twelve arrest were made co-facilitated by the Pride March board of directors for blocking police presence out of pride. (Credit Image: © Erik Mcgregor/Pacific Press via ZUMA Wire) 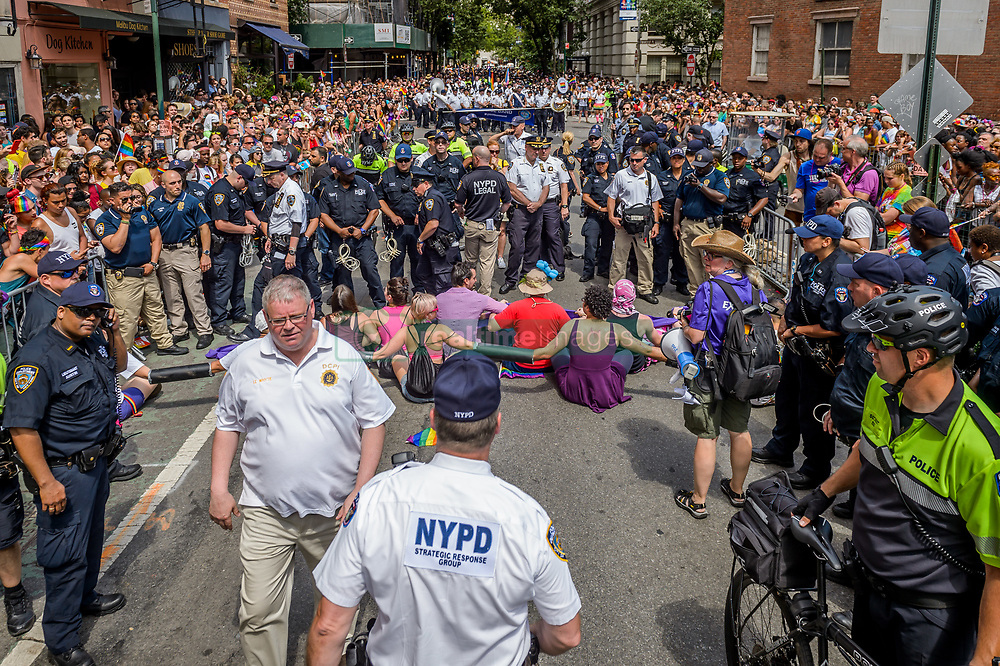