At least ten people were wounded in an explosion near a police station in the Yenibosna neighborhood of Istanbul on the afternoon of Oct. 6,. Istanbul Governor Vasip tweeted that the blast was caused by the detonation of a bomb-laden motorcycle. Witnesses said one person wearing a black coat, jeans and black helmet fled the scene just before the blast.The police hunt for the suspect is ongoing on main routes across the city, along with searches on public buses and metrobuses in Istanbul, Turkey on october 6, 2016. Photo by Depo Photos/ABACAPRESS.COM 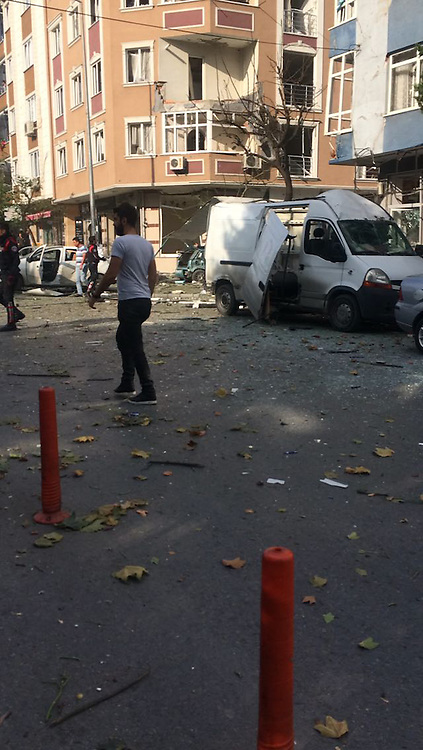