November 20, 2018 - Chandigarh, Punjab, India - Rickshaw drivers are seen waiting for customers in Chandigarh..Chandigarh is a city and a union territory in India that serves as the capital of the two neighbouring states of Haryana and Punjab. Chandigarh is bordered by the state of Punjab to the north, the west and the south, and to the state of Haryana to the east. The population of Chandigarh in the year 2018 as per estimated data is 1,230,763. (Credit Image: © Saqib Majeed/SOPA Images via ZUMA Wire) 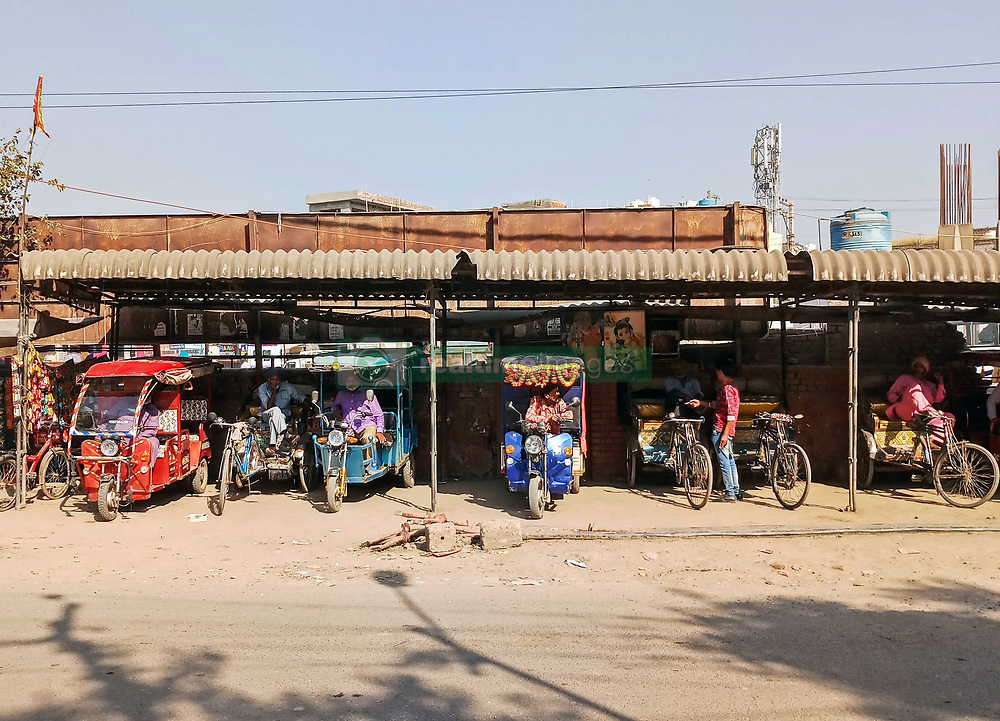