May 25, 2017 - East Jakarta, Jakarta, Indonesia - Jakarta, 24 May 2017 : Two Bombs Exploded at Kampung Melayu Bus Station â€“ East Jakarta Injured almost five people including the police and two people which one of the dead victim is the police. Indonesian Police tell on press conference that the suicide bombing possible related to the Manchester bombing action. Indonesian police still inspect the crime scenes to collect all the evidence needed in investigating the source of the bomb and type of the bomb. Indonesian Police Officer have not confirmed who is in charge for the suicide bomb action and not yet give press conference on the on going investigation. (Credit Image: © Donal Husni via ZUMA Wire) 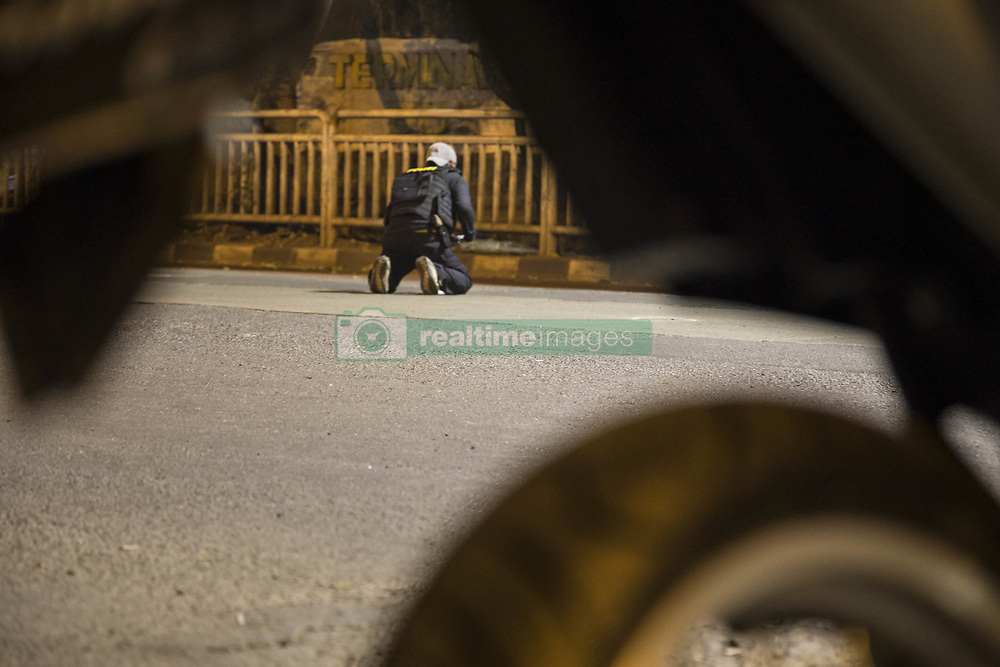