July 13, 2017 - Washington, District of Columbia, United States of America - United States Senator Ted Cruz (Republican of Texas) speaks to reporters in the US Capitol after the release of the newest GOP version of the bill to repeal and replace Obamacare in the US Capitol in Washington, DC on Thursday, July 13, 2017. Senator Cruz' amendment to allow insurance companies to sell low cost policies that are not compliant with the Obamacare mandates is part of the latest version of the bill..Credit: Ron Sachs / CNP (Credit Image: © Ron Sachs/CNP via ZUMA Wire) 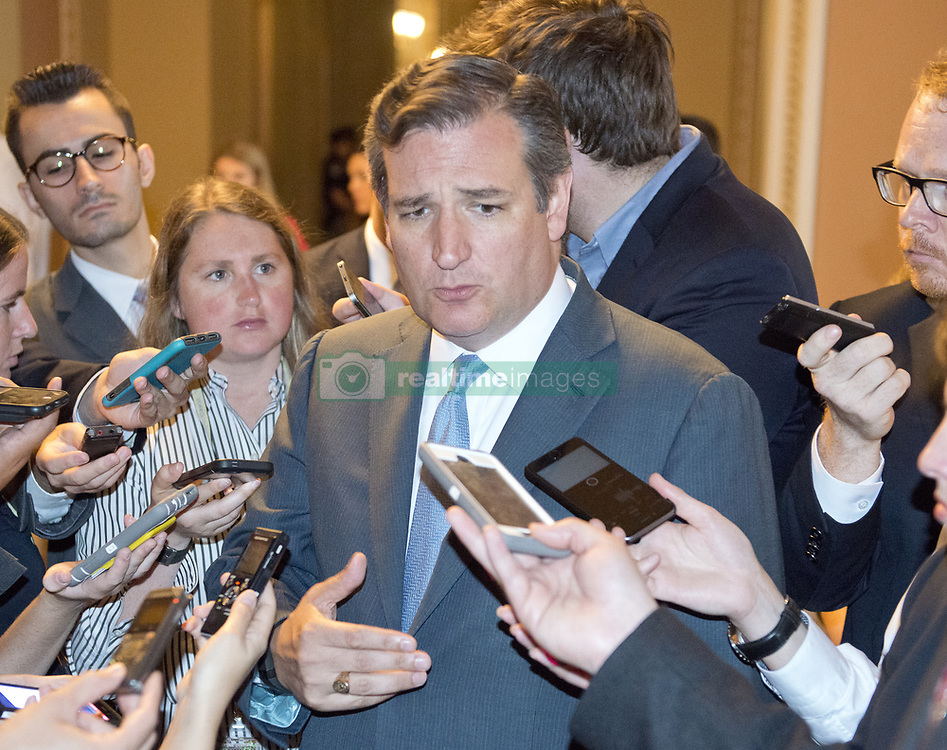