UMP candidate Nicolas Sarkozy delivers his speech at Salle Gaveau in Paris, France, April 22, 2007, after the broadcast of the results on tv. Sarkozy finished first in the opening round of France's presidential election on Sunday and will meet Socialist rival Segolene Royal in a run-off vote, initial returns showed. With 40 percent of the vote counted, Sarkozy had 30.5 percent of the vote, Royal was in second place on 24.3 percent and centrist Francois Bayrou in third place on 18.2 percent. Far-right leader Jean-Marie Le Pen, who stunned France by coming second in the 2002 election, looked set to finish a distant fourth with around 11.5 percent. Photo by Nebinger-Taamallah/ABACAPRESS.COM 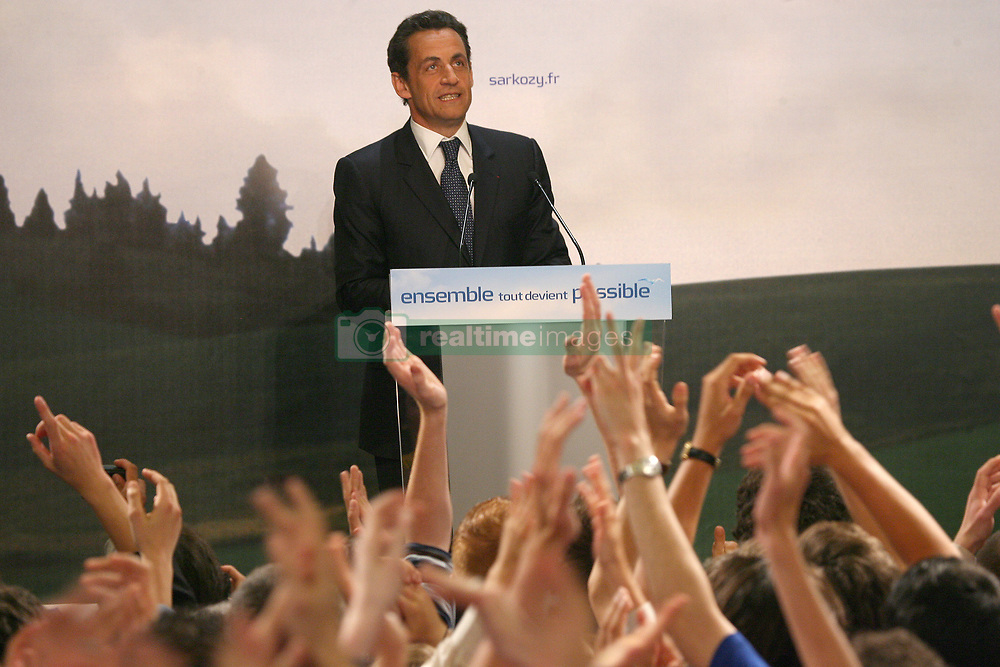