March 22, 2019 - Bandipora, Jammu and Kashmir, India - People carrying shroud clad dead body of a 10-year-old civilian Aatif Mir S/O Mohd Shafi Mir who was kept hostage by the militants during a gunfight in Mir Mohalla Hajin in North Kashmir's Bandipora district. Aatif who was a lone brother in four sisters and a class 5th students on rolls at Army Goodwill School Hajin was allegedly kept hostage by the militants to hinder the security operation at his uncles house where militants were holed up. SSP Bandipora while briefing media said, '' Militants initially hostage six family members among which five members were rescued but the minor taken hostage by the trapped militants was killed by militants before the teams could reach to the third floor in which they was hiding to rescue the child. (Credit Image: © Raja Faizan Haji/Pacific Press via ZUMA Wire) 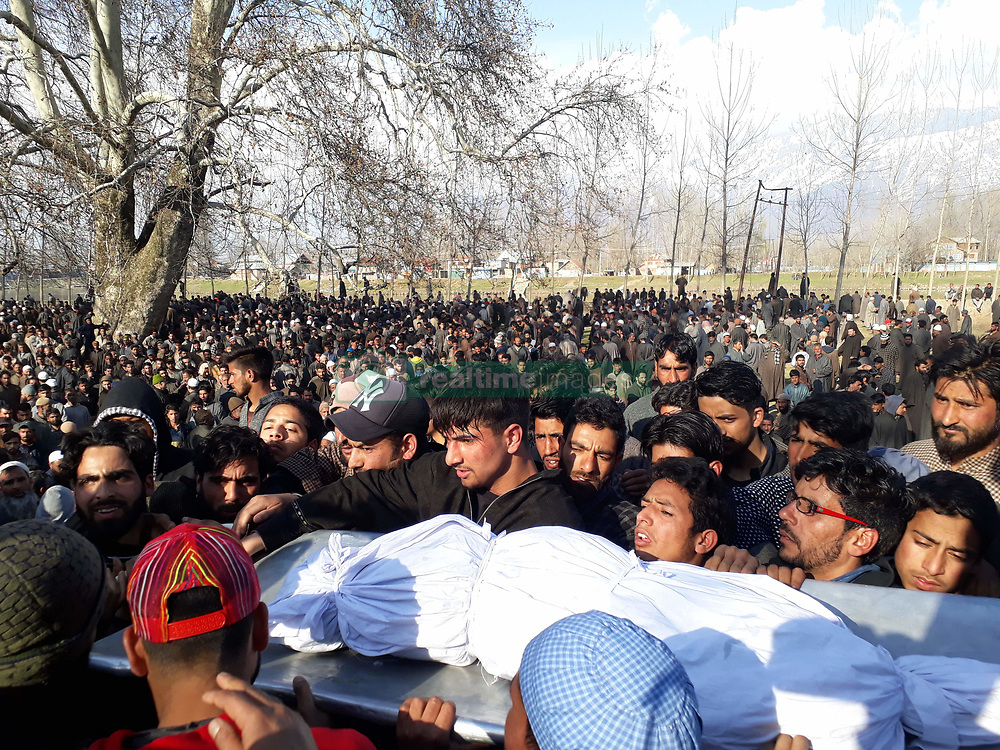