August 4, 2017 - London, England, United Kingdom - 'Plasticide' installation by Jason deCaires Taylor is seen on the Southbank at London Bridge, London on August 4, 2017. British sculptor Jason deCaires Taylor wanted to draw our attention to marine pollution with his provocative art installation. On Londonâ€™s Southbank Jason placed a dystopian vision of a family picnic on a beach plagued by plastic pollution. Part of his artwork is constructed with microplastics, which were collected along the shores of Lanzarote. The installation should request consumers, policymaker and packaging producers to cut back on the use of plastics. (Credit Image: © Alberto Pezzali/NurPhoto via ZUMA Press) 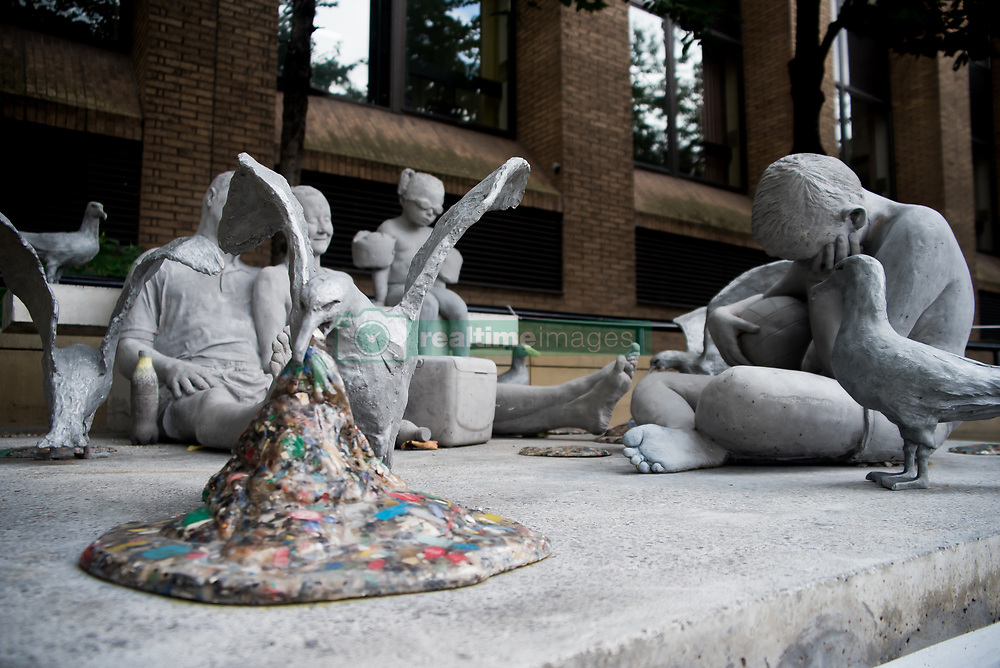