Phuket truck owner donates B20k towards Sophie Andersonâ€™s funeral..PHUKET: The owner of the 18-wheel truck which crushed Sophie Emma Rose Anderson on May 8 has today (May 19) given her family B20,000 in contribution to funeral arrangements...Mr Suwan Maad Adan was at Thalang Police station at 2.30pm to hand over the B20,000, which was received on behalf of Ms Andersonâ€™s family by her ex-husband and father of her five-year-old son...â€œI wanted to give this money because I feel very sorry for what happened. I feel very sorry for her child, and I feel sorry for her. I wish it had never happened,â€ Mr Suwan told The Phuket News,â€ Mr Suwan said...â€œMy truck insurance representative is working on getting the compensation payment now. But this B20,000 is from me, to Sophieâ€™s family, for her funeral,â€ he added...Ms Andersonâ€™s ex-husband, named only as â€˜Johnâ€™, was also at Thalang Police Station in the afternoon, along with a Tourist Police officer, to provide additional background information about Ms Anderson in the ongoing investigation. Lt Col Sanit of the Thalang Police said, â€œWe still need to gather more information about the case before handing it over to the court. Although police have charged both drivers, the final decision is still up to court.â€..Chief of the Thalang Police, Col Sompong Thipapakul, added, â€œThe investigation is still ongoing. But the compensation money, which comes later, will go in part to Sophieâ€™s five-year-old son.â€..According to police, Ms Andersonâ€™s body is being held at Thalang Hospital until the investigation is closed. The location of her funeral services have yet to be confirmed...Photo shows: Mr Suwan Maad Adan makes his donation to the family.Â©Phuket NewsExclusivepix Media (Credit Image: © Exclusivepix media via ZUMA Press) 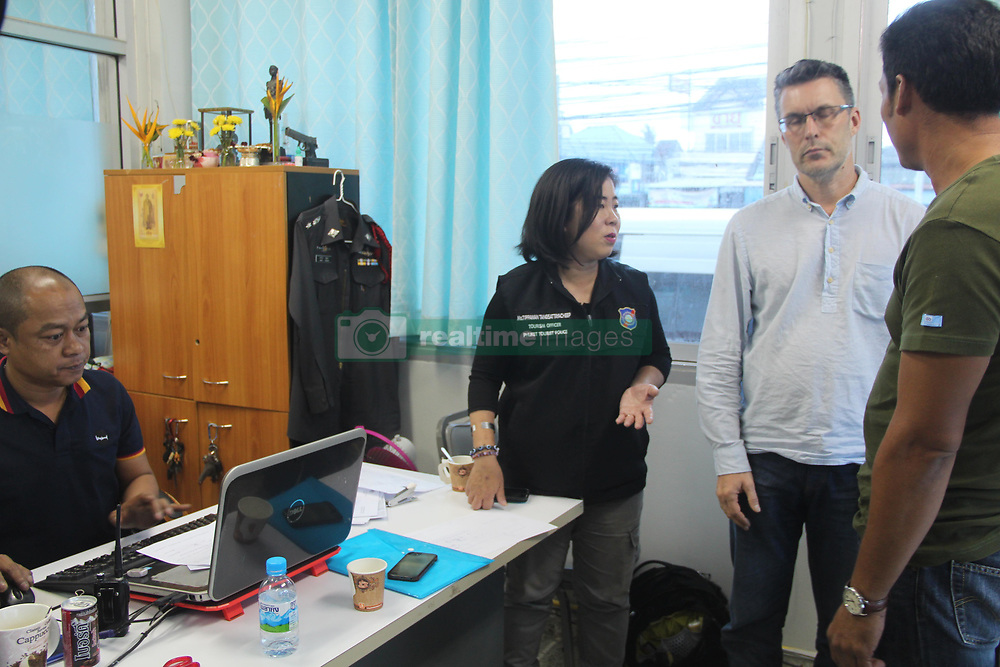