May 27, 2017 - London, London, UK - London, UK. Former Minister of State for Faith and Communities, BARONESS WARSI meets a Syrian boy who lost both of his legs and two siblings during a rocket strike at a visit to a prosthetic centre on the Turkish-Syrian border, which helps Syrian refugees who lost their limbs during the conflict, near ReyhanlÃµ, Turkey on the first day of Ramadan. The clinic is funded by UK based charity Muslim Aid. (Credit Image: © Tolga Akmen/London News Pictures via ZUMA Wire) 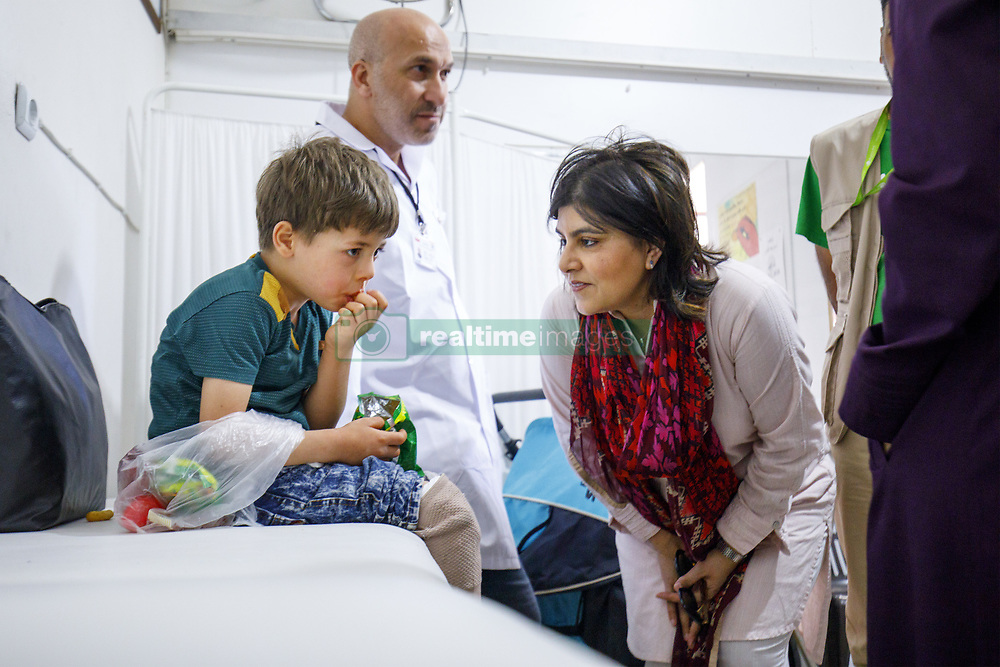