October 13, 2017 - Tunis, Tunisia - The alert is escalated this Friday, October 13, 2017 on Habib Bourguiba Avenue in Tunis following the discovery of a suspicious package in the theater Parnasse. The room in question was completely evacuated before being closed. The security units were dispatched to the scene..The spokesman of the national security directorate Walid Hkima said after the checks during his speech that the suspected bag, discovered contains tomatoes and pears. (Credit Image: © Chokri Mahjoub via ZUMA Wire) 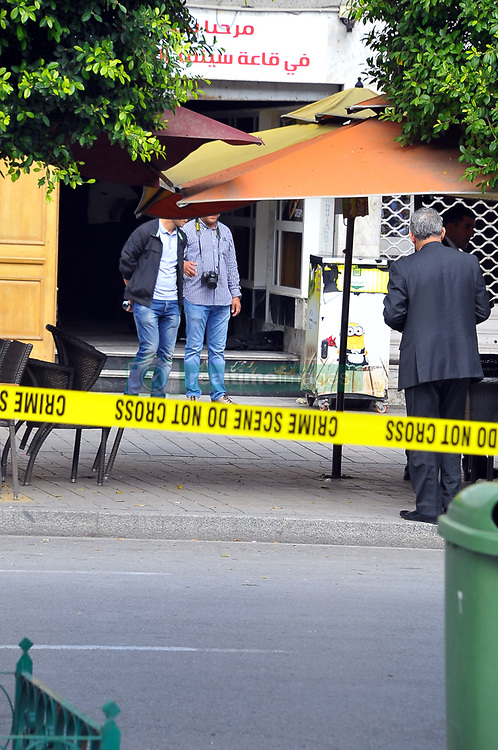