Oct.14, 2017 - Ypsilanti, Michigan, U.S. - A woman poses for a photo in front of a backdrop during an attempt at Eastern Michigan University to set a Guinness World Record for Most Rosie the Riveters. Some 3,755 women, men and children were officially counted, shattering the previous record held by Richmond, California. The world record effort brings attention to the campaign to renovate the Willow Run factory, home of the original Rosie the Riveter during WWII.(Credit Image: © Brian Cahn via ZUMA Wire) 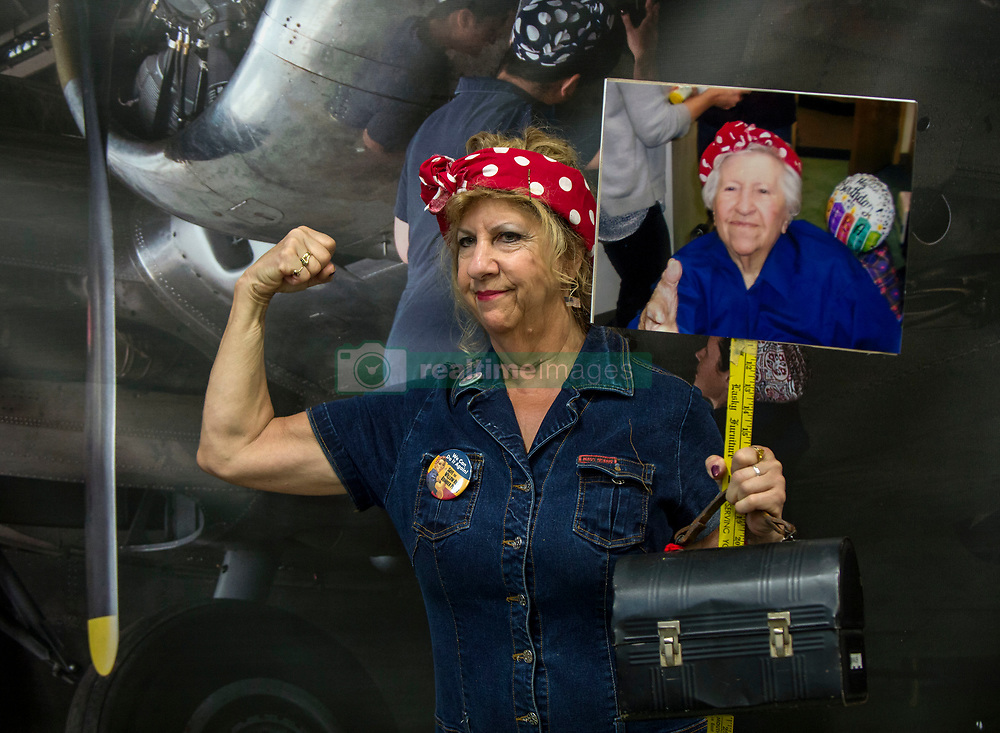