File photo - Liliane Bettencourt, the daughter of L'Oreal founder Eugene Schueller, and her husband Andre Bettencourt arrive to a mass in honour of the late Francois Dalle, former chief executive of French cosmetics company L'Oreal, held at the Invalides in Paris, France, on September 8, 2005. Francois Dalle, who was the company's chief executive for 27 years and credited with transforming it into a global giant, has died aged 87 on August 9, 2005 in Geneva, Switzerland. Liliane Bettencourt has died aged 94 it was announced on September 21, 2017. Bettencourt was the richest person in France and the third-richest woman in the world with a net worth of $40 billion. She was the sole heir to L'Oreal, the largest cosmetics company in the world, which was started by her father, and a large shareholder in Nestle. Nearly a decade ago a trial forced Liliane's personal business into the public light, laid bare her obsession with a flashy homosexual photographer whom she turned into a billionaire, destroyed her relationship with her daughter, turned a long time family butler against her, and, finally, turned the dowager heiress into even more of a recluse than she had been before. Photo by Gorassini-Klein/ABACAPRESS.COM 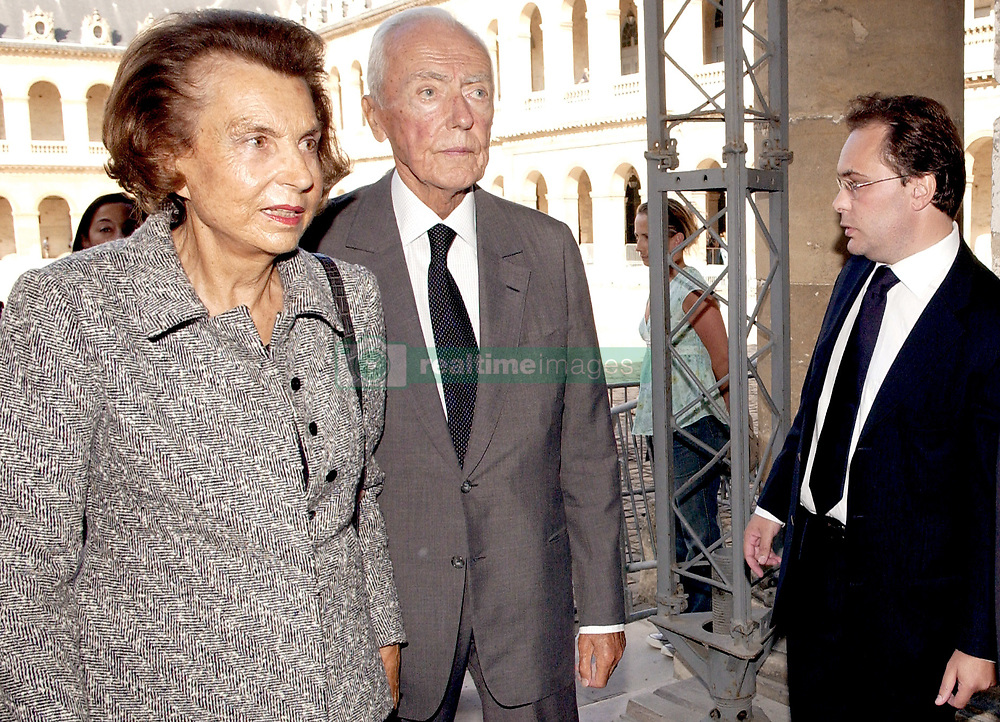