June 16, 2017 - Kolkata, India - Passenger Mini Bus Accident at Howrah Bridge ,2 killed after bus overturns on Howrah Bridge on June 16,2017 in Kolkata,India. The accident took place around 10.58 am when the Sealdah-bound minibus dashed against the road divider and lost control while overtaking another bus when it was descending from the bridge, a senior officer of Kolkata Traffic Police said.......Two children were among the injured and were rushed to a hospital. The police were yet to establish the identities of the victims...The accident led to a huge traffic jam on the bridge...The driver fled the scene after the incident. (Credit Image: © Debajyoti Chakraborty/NurPhoto via ZUMA Press) 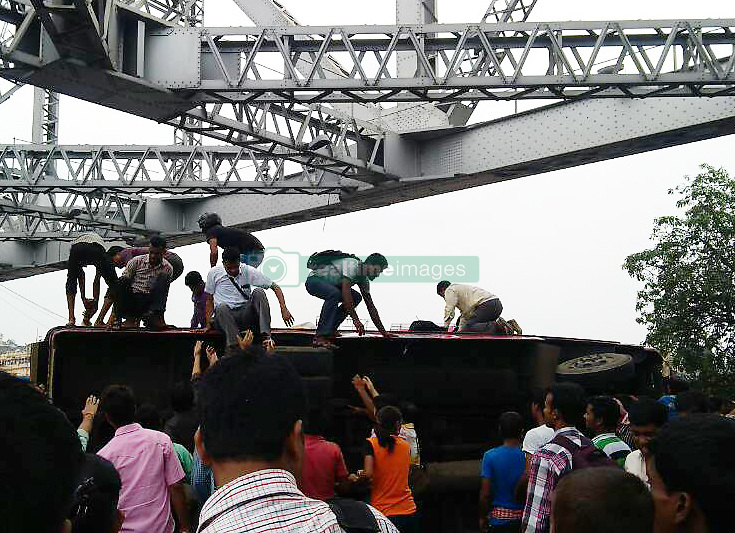