March 27, 2017 - Hollywood, California, U.S. - JESSICA CHASTAIN promotes 'The Zookeeper's Wife'. Jessica Michelle Chastain (born March 24, 1977) is an American actress and film producer. Born in a small town near Sonoma, California,[a] and raised in Sacramento, Chastain developed an interest in acting from a young age. In 1998, she made her stage debut as Shakespeare's Juliet. Chastain made her film debut in the drama Jolene (2008), and gained wide recognition in 2011 for starring roles in half a dozen films. Her performance as an aspiring socialite in The Help earned her an Oscar nomination for Best Supporting Actress. In 2012, she won a Golden Globe Award for playing a CIA agent in the thriller Zero Dark Thirty. Chastain made her Broadway debut in a revival of The Heiress in the same year. Her highest-grossing releases came with the science fiction films Interstellar (2014) and The Martian (2015), as she continued to draw praise for her performances in the dramas The Disappearance of Eleanor Rigby (2013) and A Most Violent Year (2014). Upcoming: Plus One (2018), The Division (2018), The Death and Life of John F. Donovan (2017) The Zookeeper's Wife (2017), Molly's Game (2017), Woman Walks Ahead (2017), Painkiller Jane (2017). (Credit Image: © Armando Gallo via ZUMA Studio) 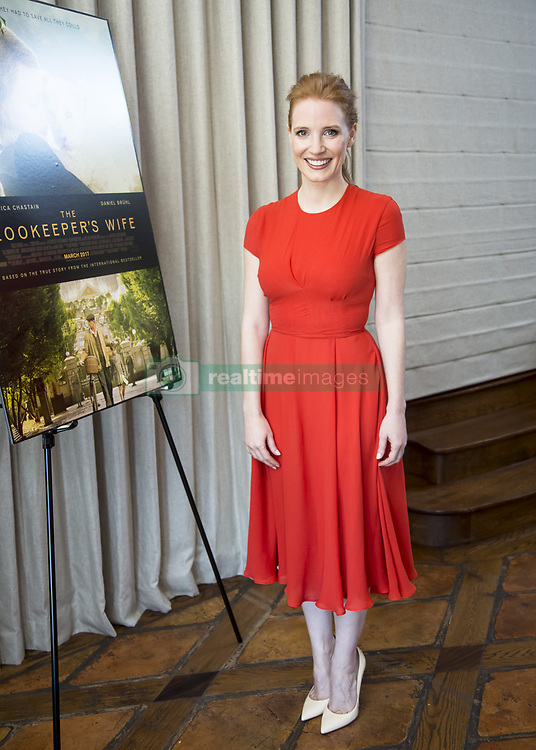