Three man have been killed and four others injured this afternoon after three vehicles collided on the M3 near the Firgrove turn-off in Constantiaberg, Western Cape.
ER24 paramedics, along with various other services, arrived on the scene and found one light motor vehicle lying overturned in the middle of the road. A second wrecked light motor vehicle lay on the side of the road while the third had come to a stop in the middle of the highway.
On inspection of the vehicle of the side of the road, paramedics discovered four men lying trapped. Unfortunately, three man had already succumbed to their multiple, fatal injuries. Nothing could be done for them and they were declared dead on the scene.
The fourth man, also trapped, was found to have sustained numerous injuries, leaving him in a critical condition.
Rescue services had to use the jaws-of-life equipment to free the man before treatment could continue.
Three other patients were found on scene, including a 5-year-old boy. All these patients were found to have sustained minor to moderate injuries.
Paramedics treated the patients and provided the critically injured with advanced life support interventions. Once treated, the patients were transported to various hospitals for urgent treatment.
It is believed that the driver of one vehicle apparently lost control, causing his vehicle to roll into the oncoming traffic and collide with the other vehicles.
Local authorities were on scene for further investigations. 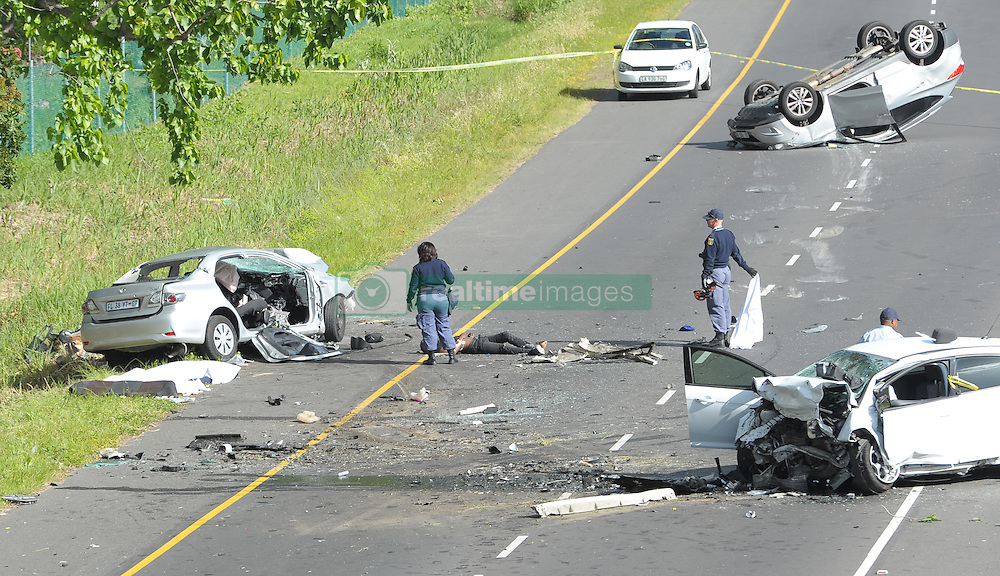