July 27, 2017 - Marietta, Georgia, U.S. - MONICA HELMS, 66, served eight years in the U.S. Navy on submarines in the 1970s before coming to terms with her true gender identity and transitioning from lake to female. She created a pink blue and white flag to represent the transgender community in 1999 and the flag is now internationally recognized. She is an outspoken acticitst for transgender rights. Monica is pictured in her townhouse north of Atlanta with photograph of herself as a young sailor. (Credit Image: © Robin Rayne Nelson via ZUMA Wire) 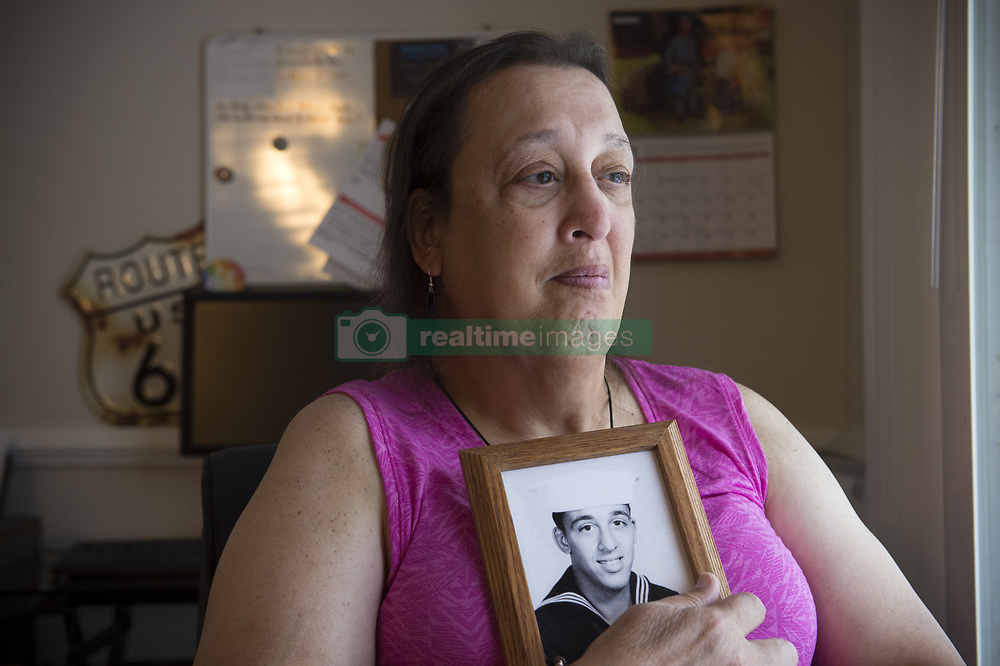