June 11, 2017 - Surakarta, Indonesia - The students of Baitul Mustafa Islamic Boarding School reading the Holy Quran using the oil lamps lighting to celebrate the holy day of Nuzulul Quran in Surakarta, Central Java, Indonesia, on June 11, 2017. Nuzulul Quran is a revelation of the holy Qur'an, which literally means descent of the Qur'an to the earth, events of the first significant decline in the revelation of God to the Prophet Muhammad SAW in the night of 17th of Ramadan. (Credit Image: © Reza Fitriyanto/NurPhoto via ZUMA Press) 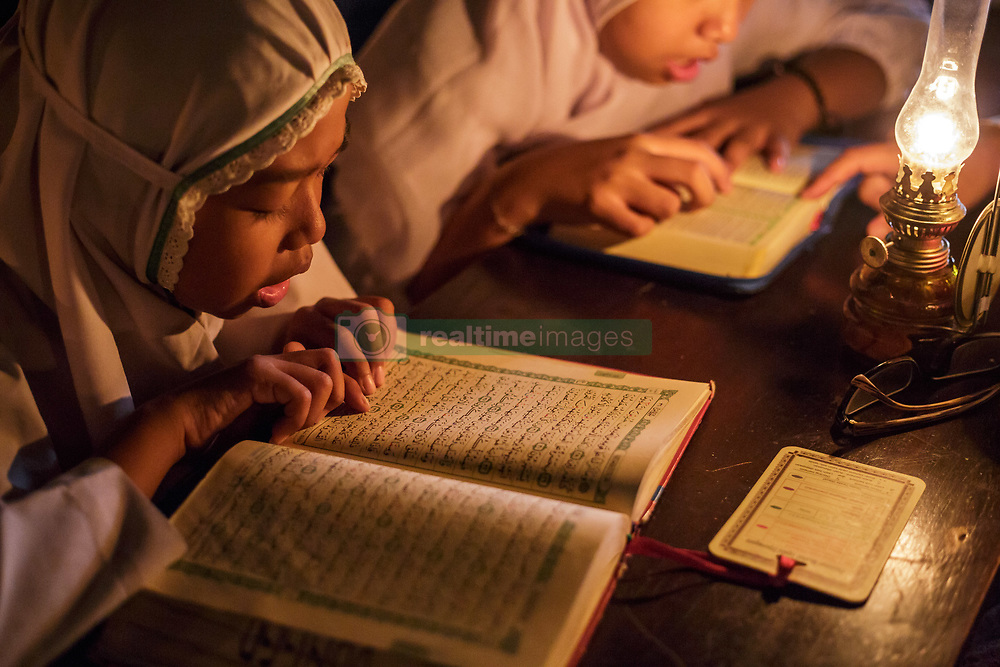