April 12, 2018 - Sao Paulo, Brazil - Ibovespa, the main index of the Sao Paulo stock market closed Has Slight Bullishness on 12 April 2018. The dollar traded with slight swings against the real on Thursday after US President Donald Trump lowered the tone of his threats by stating that an attack on Syria could not be so imminent. Contained items were also seen on the Ibovespa, which gained some respite with the decrease of geopolitical tensions abroad, while the local political scene continued to arouse caution. The rates of most interest rate futures contracts, however, declined, after new and weak economic data consolidated the path of a new interest rate cut by the BankCentral and with the quieter exterior. US stock markets were advancing in line with expectations that US tax reform would boost corporate profits and relief from nervousness over eventual US military conflict with Russia in Syria. (Credit Image: © Cris Faga/NurPhoto via ZUMA Press) 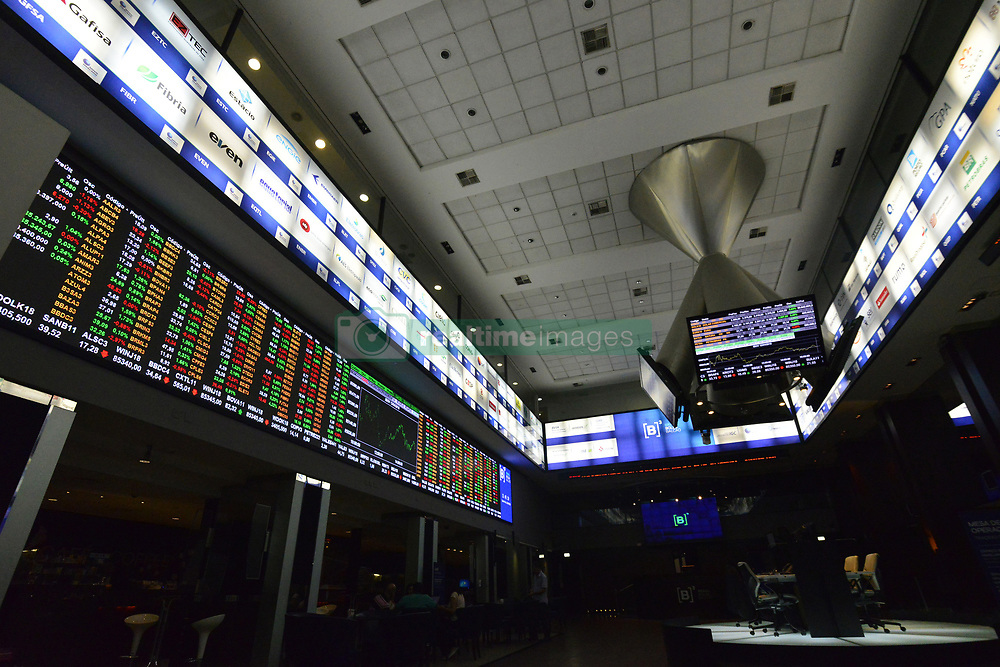