July 24, 1968 - London, England, United Kingdom - Singer/Songwriter JOHN LENNON (1940-1980) member of The Beatles relaxing at his home. Today marks the 25th anniversary of the death of JOHN WINSTON LENNON. He was born on Oct. 9th, 1940 in Liverpool and was best known as a singer, songwriter, poet and guitarist for The Beatles. He is recognized as one of the greatest musical icons of the 20th century. On the evening of Dec. 8th, 1980, in New York City, deranged fan Mark David Chapman shot Lennon 4 times in the back and shoulder. Despite extensive resuscitative efforts, Lennon died of shock and blood loss at the age of 40..(Credit Image: © Keystone Press Agency/Keystone USA via ZUMAPRESS.com) 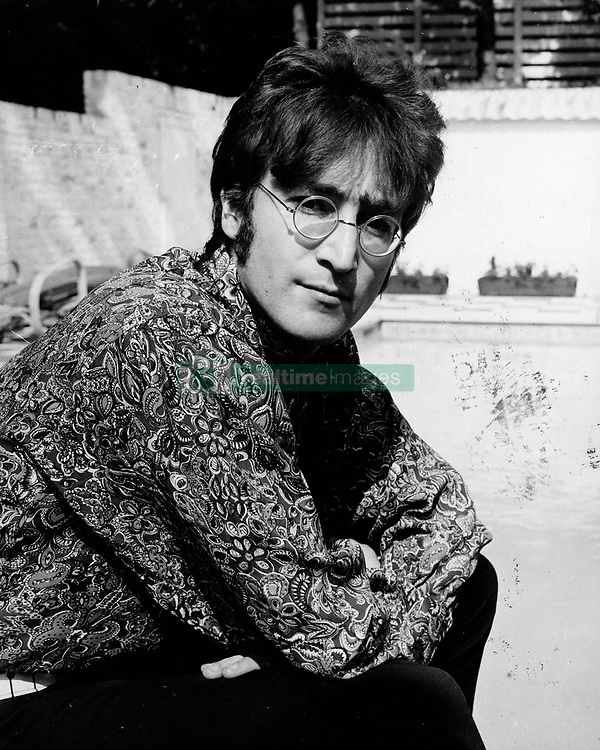