Protest against the arrest of a Ukrainian soldier in Italy

July 4, 2017 - Kiev, Ukraine - Ukrainian activists from National corps hold a poster with a portrait of Ukrainian soldier Vitaly Markiv, reading ''We demand liberation! He defended his state on his land'' during a protest against the detention Vitaly Markiv, in front the Embassy of Italy in Kiev, Ukraine, 4 July, 2017. Activists demand release of the Deputy commander of the battalion to them. Kulchytsky of the National Guard of Ukraine Vitaly Markiv , who was arrested in Italy on June 30, in suspicion of murdering an Italian journalist Andrea Rocchelli in the eastern Ukraine conflict zone near Slavyansk, on May 2014. (Credit Image: © Str/NurPhoto via ZUMA Press) 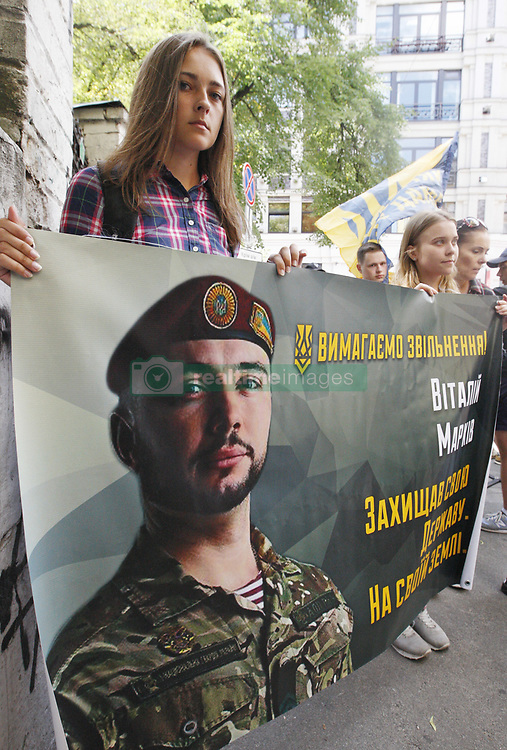