April 27, 2017 - Kaliningrad, Russia - The special units of the Russian Federal Security Service (FSB) have detained in Russia's western city of Kaliningrad twelve members of the Islamic Jihad-Jamaat Mujahideen terrorist group, an organization outlawed in Russia, from Central Asian republics. They are suspected of involvement in recruiting activities in the interests of this international terrorist group. The leader of the cell is an Uzbek national, who was wanted by authorities in his home country for committing an extremist crime. Photo: Russian FSB press service (Credit Image: © Russian Look via ZUMA Wire) 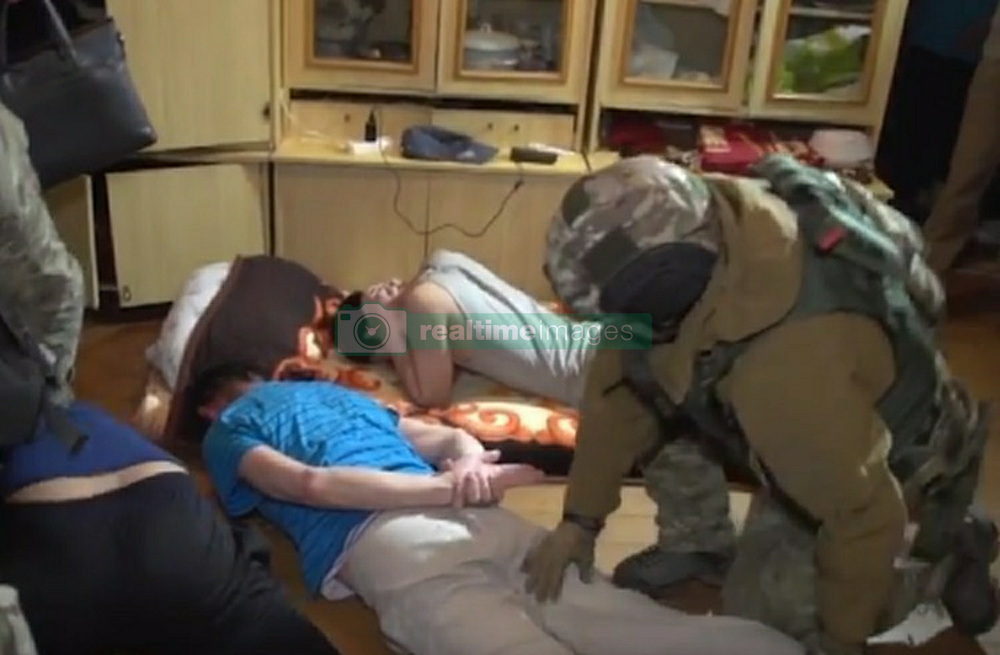