May 7, 2017 - Paris, France - Millions of French citizens elect the 8th President of the Vth Republic in Paris on Sunday, 7th May 2017. For the second round of the French Presidential elections, Frenhc citizens have the choice between Emmanuel Macron, leader of En Marche (on forward) and Marine Le Pen, leader of Front National (far right party). The polling stations will closed at 8pm and the first result will be announced at this time. The definitive result will be published only on Wednesday 10 May 2017. (Credit Image: © Michaud Gael/NurPhoto via ZUMA Press) 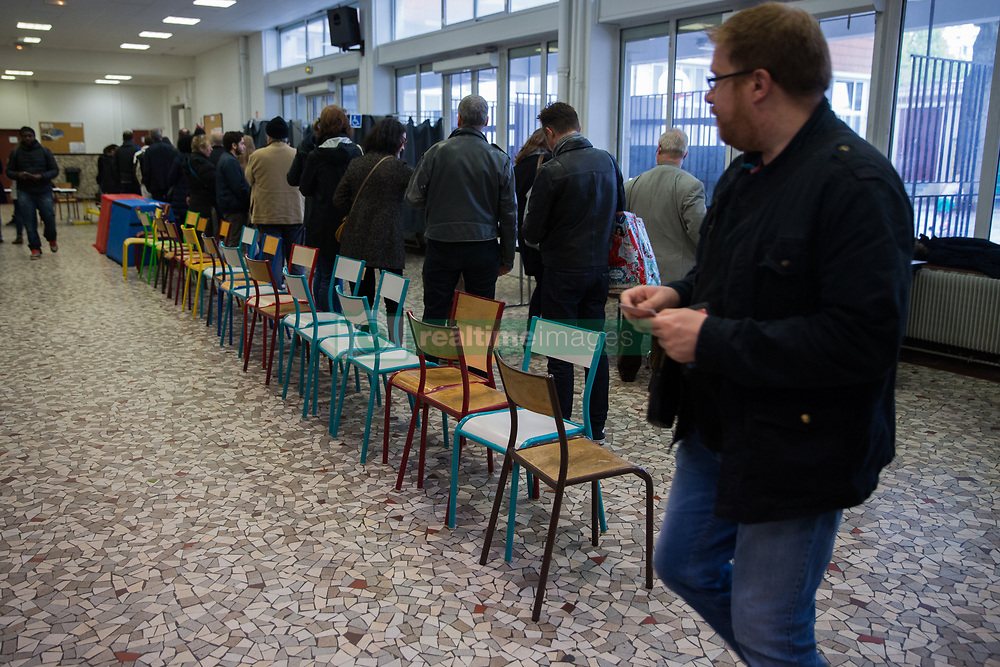