August 18, 2017 - Shivnibas, Nadia, India - Indian women participates in Boat Race on Churni River on the occasion of Independence Day celebration in Shivnibas, Nadia district , 95 km from Kolkata , India on Friday , 18th August, 2017. While the entire nation celebrated Independence Day on August 15, one part of India observed the national event on 18th August . It might sound strange to many but the reason behind this delayed celebration is because of a cartographic error made by Sir Cyril Radcliffe 70 years ago. On August 12, 1947 news on radio stated that India had been granted freedom but unfortunately a part of Nadia district had been awarded to East Pakistan. Pre-independent Nadia had five subdivisions: Krishnagar Sadar, Meherpur, Kusthia, Chuadanga and Ranaghat and all these areas except Nabadwip were given to East Pakistan. Celebration followed the next day and the Pakistani flag, which was raised by Muslim league in the Krishnanagar (Dist. headquarters of Nadia) was brought down and replaced with the Indian tricolour on 18 August. (Credit Image: © Sonali Pal Chaudhury/NurPhoto via ZUMA Press) 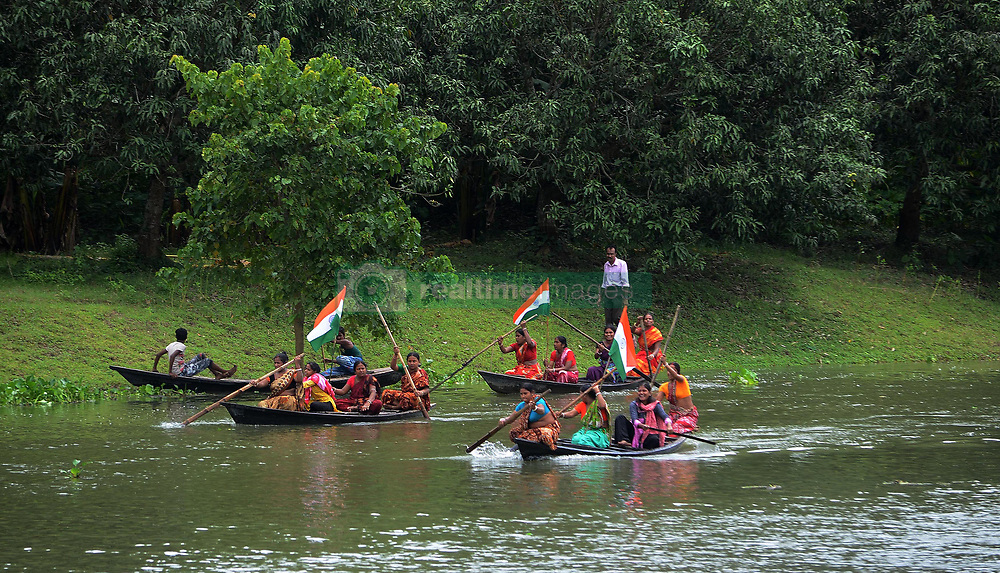