File photo - Nicolas Sarkozy with Bernadette Chirac at the tribune after delivering a speech during his last campaign meeting on May 3rd, 2007 in Montpellier, France. Former French President Nicolas Sarkozy was in police custody on Tuesday morning March 20, 2018, an official in the countrys judiciary said. He was to be questioned as part of an investigation into suspected irregularities over his election campaign financing, the same source added. The probe related to alleged Libyan funding for Sarkozys 2007 campaign, Le Monde newspaper reported. Photo by ABACAPRESS.COM 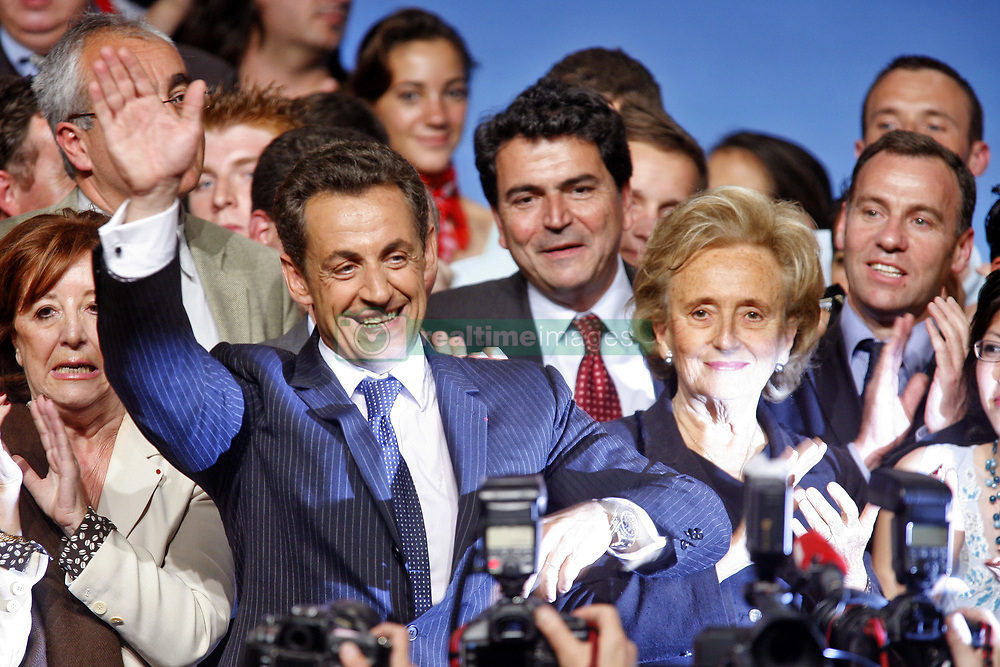