August 26, 2019, Kolkata, West Bengal, India: Raoni Metuktire, the great leader of the Kayapo people living in the heart of the indigenous territory of Capoto-Jarina in Brazil, smokes a pipe on the sidelines of the press conference held on Monday 26 August 2019 in Guethary after his meeting with President Emmanuel Macron on the sidelines of the Biarritz G7 summit where he discussed the fate of the Amazon, currently in flames for several weeks. (Credit Image: © Samuel Boivin/NurPhoto via ZUMA Press) 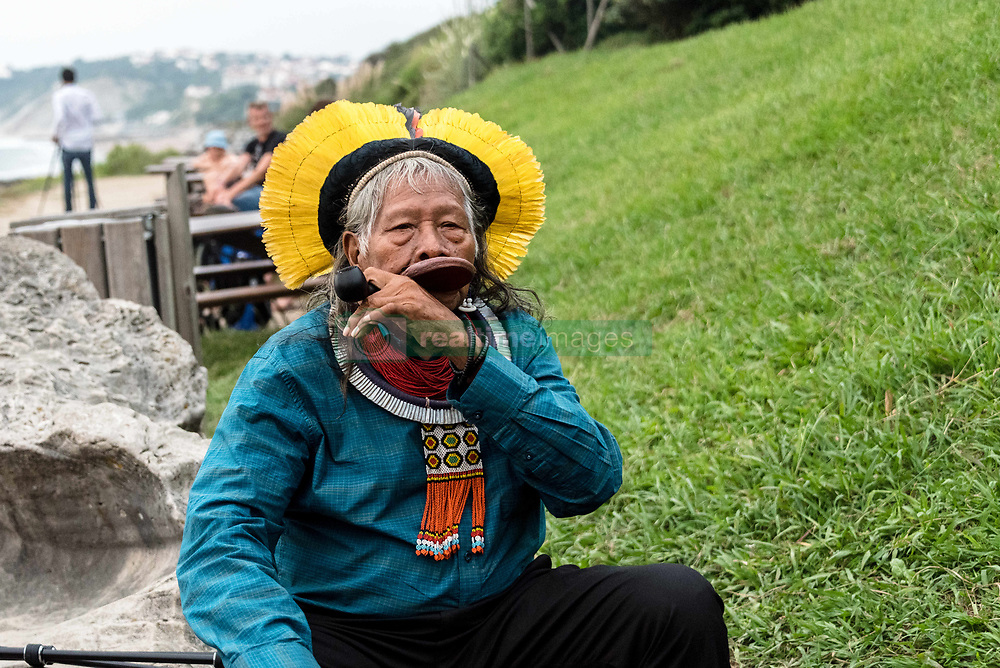