April 25, 2017 - Kathmandu, NP, Nepal - Nepalese people taking oath dedication, transparency and rightful implementation of the project to rebuild Kasthamandap at 11:56 am at infront of Kumari Ghar, Basantapur Durbar Square, Kathmandu, Nepal on Tuesday, April 25, 2017. Public declare that the community will rebuild Kasthamandap, with donations raised from the public, while staying within the norms of the Department of Archeology of the Nepal government. Most of houses, monuments and heritage sites were badly destroyed by earthquake on April 25, 2015, a magnitude of 7.8 earthquake killing over 8,000 of people in Nepal and thousands of injured, which Outcomes Hundreds of people were homeless with entire villages across many districts of the country. (Credit Image: © Narayan Maharjan/NurPhoto via ZUMA Press) 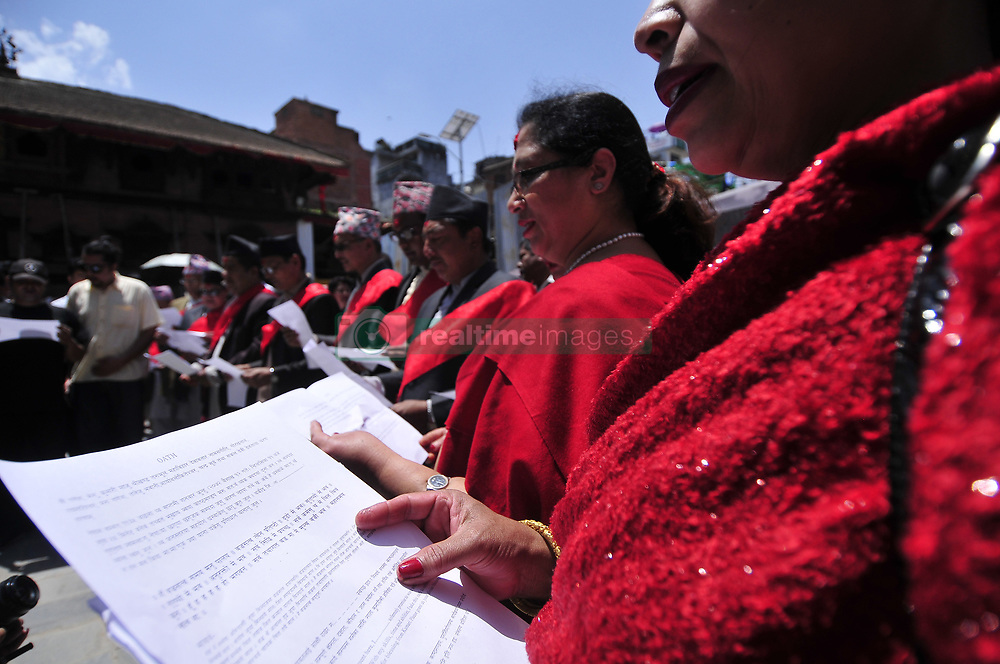