October 10, 2018 - Seoul, Gyeonggi, South Korea - GIL WON-OK, one of the few surviving ''comfort women'' at the Wednesday Demonstration to protest Japan's sexual enslavement of Korean women during World War II. She said she was forced into sexual slavery when she was 13 years old and she was forced to service up to 20 Japanese soldiers per day, every day. The Wednesday protests have been taking place since January 1992.. (Credit Image: © Jack Kurtz/ZUMA Wire) 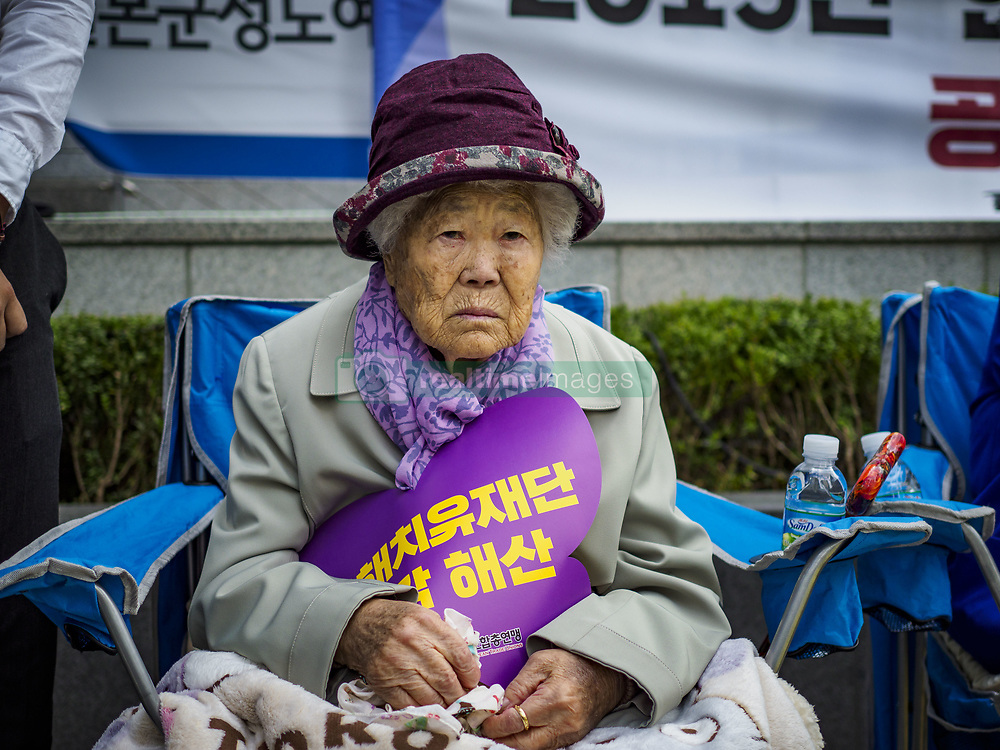