November 18, 2017 - Harare, Zimbabwe - Protesters demanding President Mugabe stand down, look up and cheer as an army helicopter flies over the crowd, as they gather in front of an army cordon on the road leading to State House in Harare. In a euphoric gathering that just days ago would have drawn a police crackdown, crowds marched through Zimbabwe's capital on Saturday to demand the departure of President Mugabe, one of Africa's last remaining liberation leaders, after nearly four decades in power. (Credit Image: © Belal Khaled/NurPhoto via ZUMA Press) 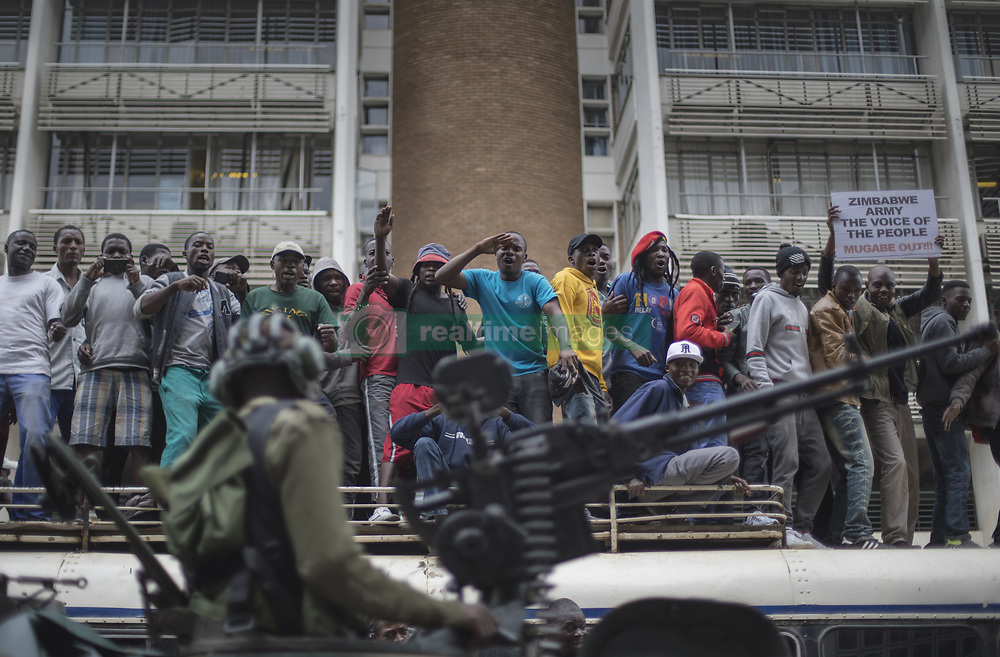