Big Ben Set To Be Silenced For Four Years

August 14, 2017 - London, England, United Kingdom - Elizabeth Tower, known as 'Big Ben' is pictured in London on August 14, 2017. The bongs of the iconic bell will be stopped to protect workers during a four-year, Â£29m-conservation project that includes repair of the Queen Elizabeth Tower, which houses the Great Clock and its bell. The familiar bongs will fall silent after sounding at noon 21 August, and are set to begin again regularly in 2021. (Credit Image: © Alberto Pezzali/NurPhoto via ZUMA Press) 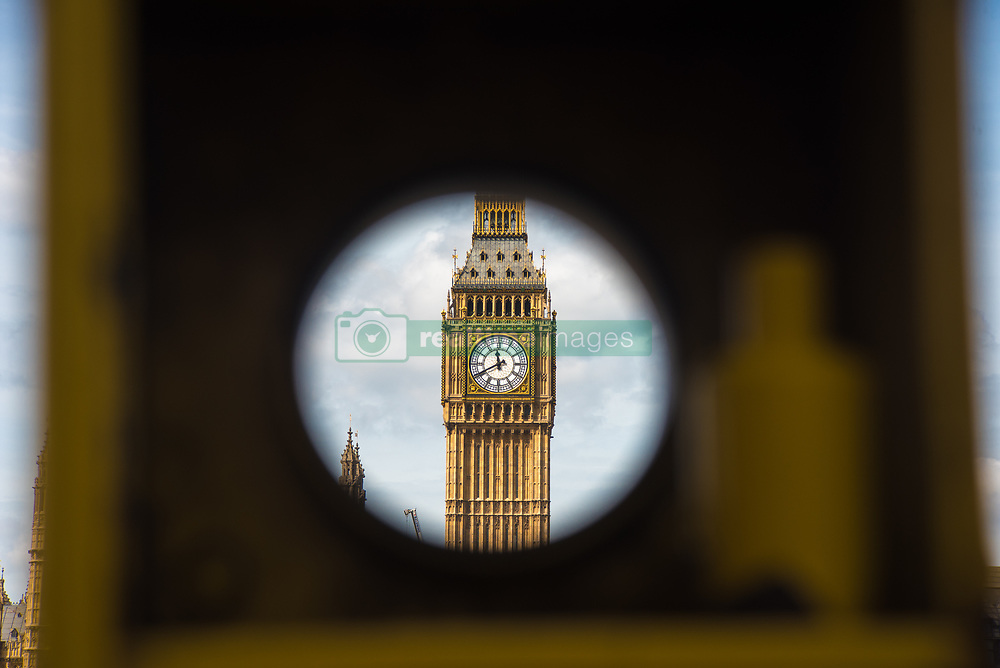