L-R : architect Youssef Haidar and Paris Mayor Anne Hidalgo visit the "Beit Beirut" foundation and museum, also known as "La Maison jaune" or "The Yellow House", in Beirut, Lebanon, on September 29, 2016. "Beit Beirut" is a project that is helped and funded by Paris City to keep a place for the memory of Beirut and of Lebanon's civil war (1975-1990) in this building once located on the "green line" that used to separate the city in two parts. Photo by Balkis Press/ABACAPRESS.COM 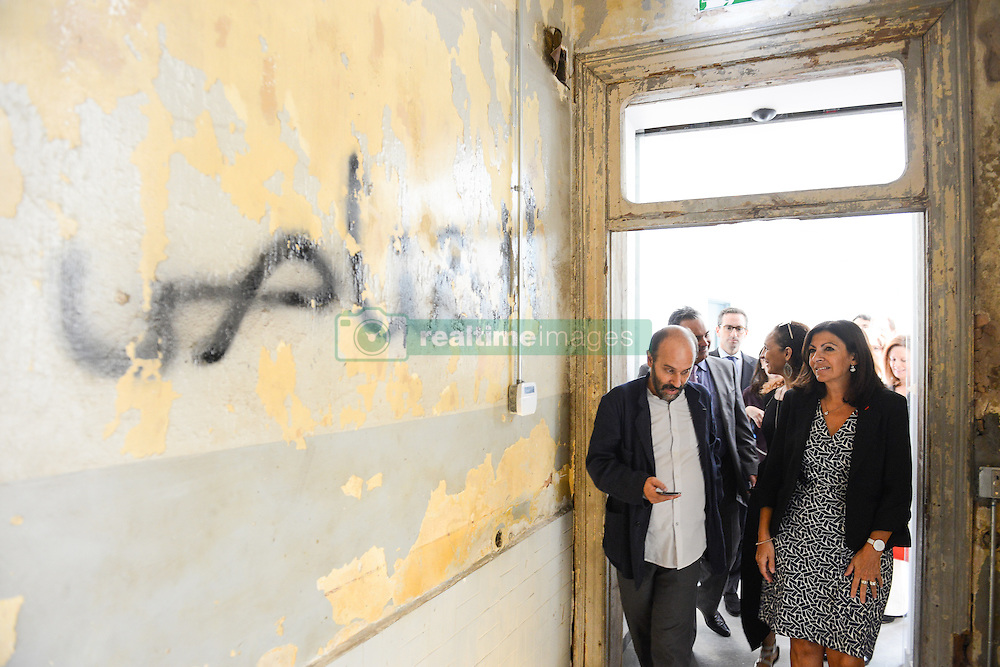