Bill Gates and his wife Melinda announce their divorce. The billionaire co-founder of Microsoft, and his wife, who reside in Washington State, are to divorce after twenty-seven years of marriage, and twenty years of working together in their foundation - File - US President Barack Obama presents Bill and Melinda Gates with the Presidential Medal of Freedom, the nation's highest civilian honor, during a ceremony honoring 21 recipients, in the East Room of the White House in Washington, DC, USA, November 22, 2016. Photo by Olivier Douliery/ABACAPRESS.COM 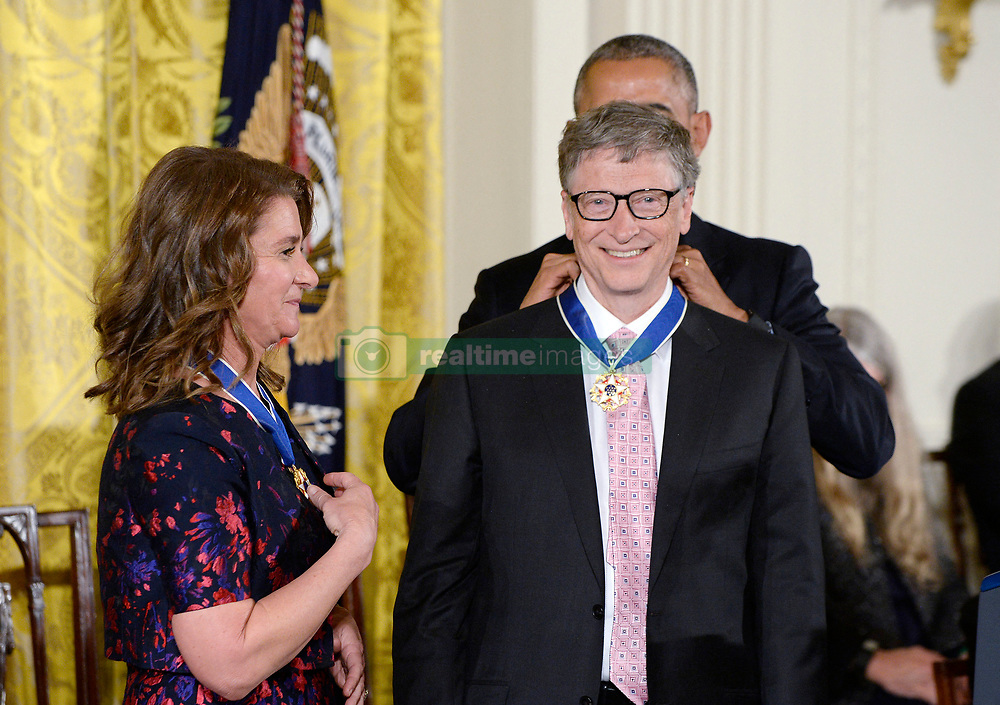