Protest against the Spanish monarchy in Barcelona, Spain - 03 Oct 2018

October 3, 2018 - Barcelona, Catalonia, Spain - A man seen burning a photo of the King of Spain Felipe VI during the protest..Hundreds of people gather at the Government headquarters of Catalonia hitting pans and burning photos of the King of Spain Felipe VI as they protest against the Spanish monarchy during the anniversary where his Majesty Felipe VI gave a speech against independence. (Credit Image: © Ramon Costa/SOPA Images via ZUMA Wire) 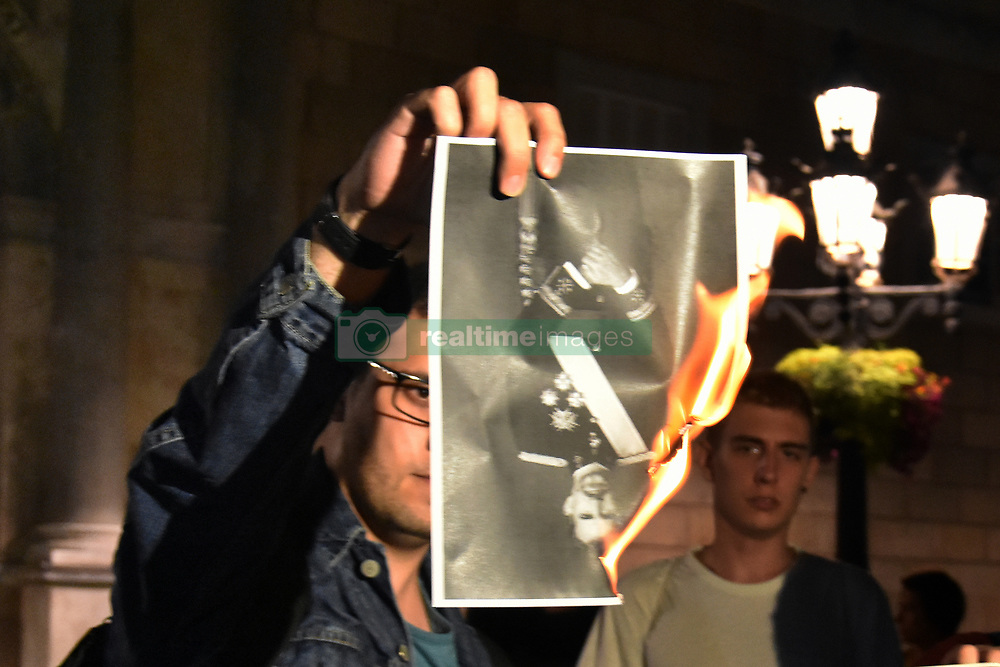