File photo - Pope Francis poses with cardinals during a meeting at the Vatican on October 1, 2013 for a first round of talks on reforming the Catholic Church. Eight cardinals began closed-door meetings with Pope Francis on to help him reform the Vatican's troubled administration, the Curia, and map out possible changes in the worldwide Church. Left to right : Fancisco Javier Errazuriz Ossa, Marcello Semeraro (secretary), Oswald Gracias, Reinhard Marx, pope Francis, Andres Rodriguez Maradiaga, Giuseppe Bertello, Sean Patrick O'Malley, George Pell, Laurent Monsengwo Pasinya. Cardinal George Pell has been found guilty of sexual offences in Australia, making him the highest-ranking Catholic figure to receive such a conviction. Pell abused two choir boys in the rooms of a Melbourne cathedral in 1996, a jury found. He had pleaded not guilty. The verdict was handed down in December, but it could not be reported until now due to legal reasons. Pell is due to face sentencing hearings from Wednesday. He has lodged an appeal against his conviction. Photo by ABACAPRESS.COM 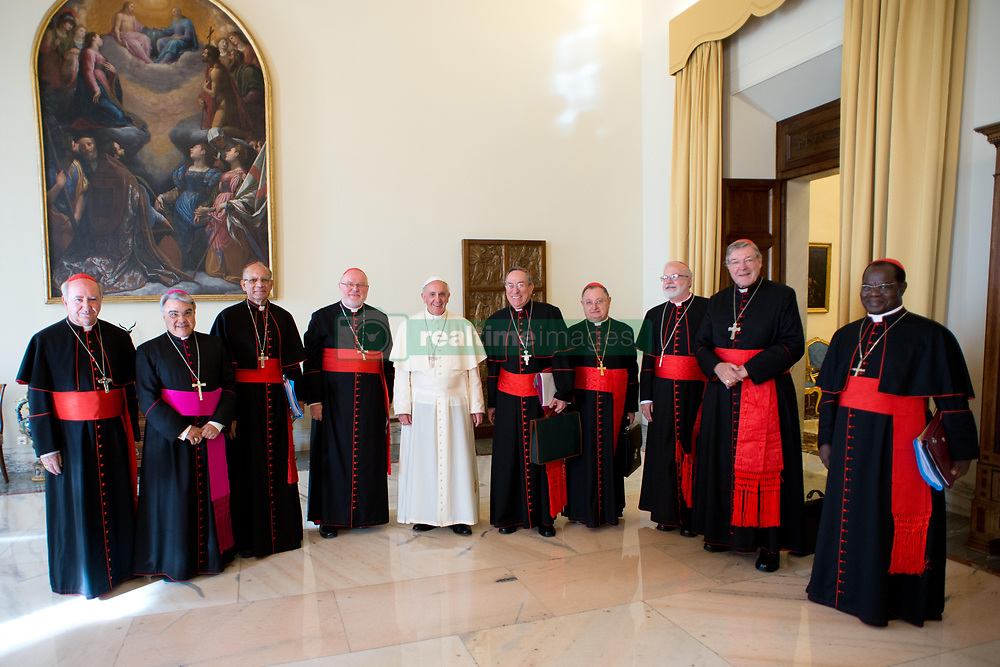