RELEASE DATE: December 20, 2002. MOVIE TITLE: Gangs of New York. STUDIO: Miramax Films. PLOT: 1863. America was born in the streets. In this movie, we see Amsterdam Vallon returning to the Five Points of America to seek vengeance against the psychotic gangland kingpin Bill the Butcher who murdered his father years ago. With an eager pickpocket by his side and a whole new army, Vallon fights his way to seek vengeance on the Butcher and restore peace in the area. However this is more said than done. PICTURED: LEONARDO DICAPRIO as Amsterdam Vallon and DANIEL DAY-LEWIS as Bill Cutting. (Credit Image: © Miramax Films/Entertainment Pictures/ZUMAPRESS.com) 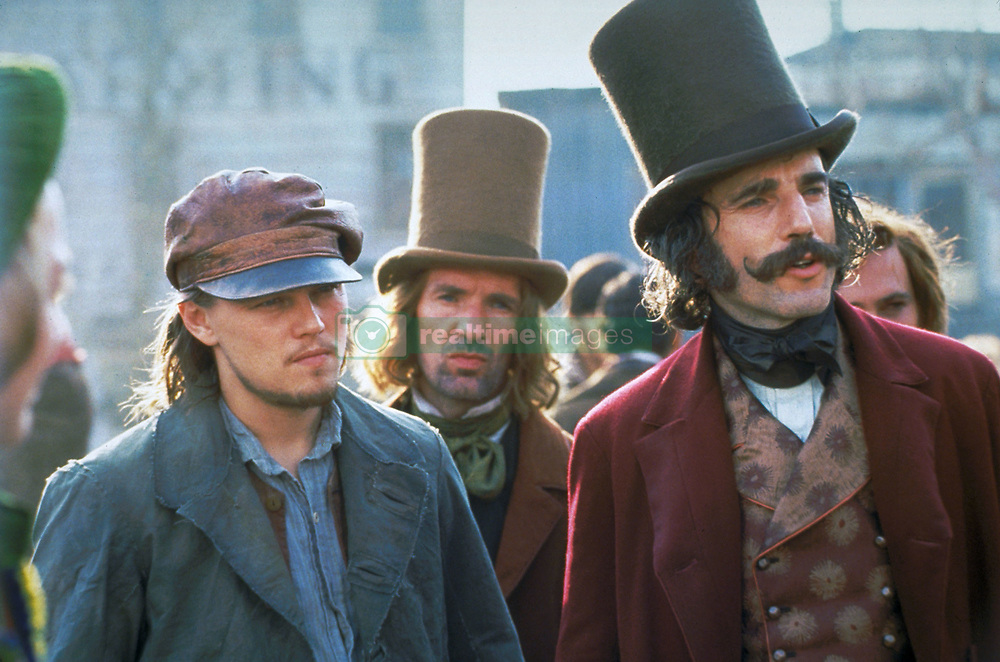