TOM PETTY (Oct. 20, 1950 - Oct. 02, 2017) is an American musician, singer, songwriter, multi instrumentalist and record producer. He is best known as the lead singer of Tom Petty and the Heartbreakers, but is also known as a member and co-founder of the late 1980s supergroup the Traveling Wilburys. Petty has sold more than 80 million records worldwide, making him one of the best-selling music artists of all time.He was inducted into the Rock and Roll Hall of Fame in 2002. PICTURED: September 18, 2010 - Raleigh, North Carolina, U.S. - TOM PETTY and the Heartbreakers perform at the Time Warner Cable Music Pavilion. (Credit Image: © Jason Moore/ZUMApress.com) 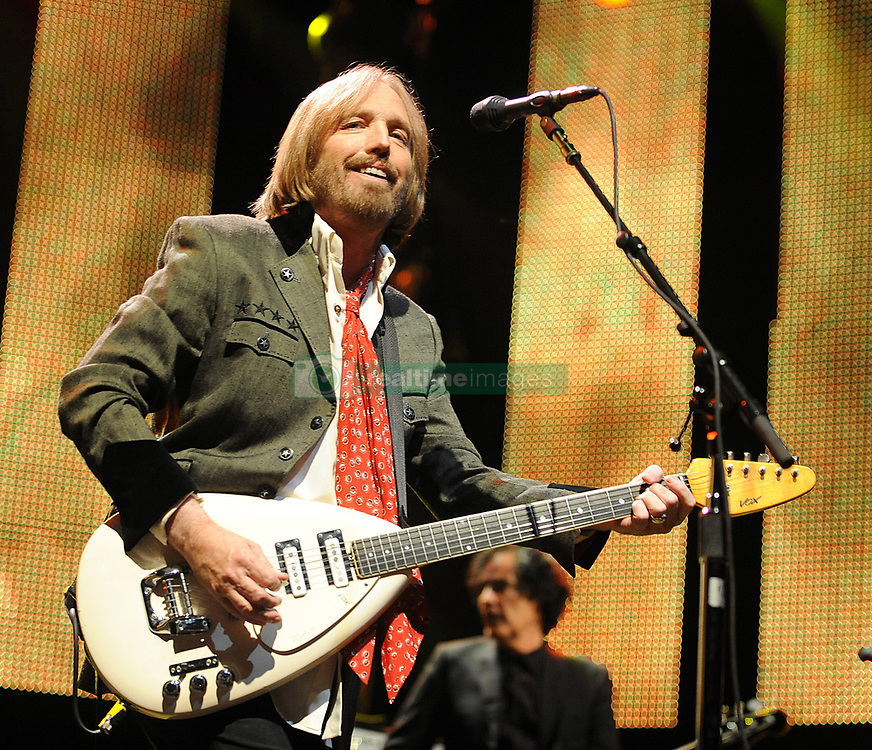