April 30, 2017 - Berlin, Berlin, Germany - Around 1000 Pro-Europeans gather at Gendarmenmarkt in Central Berlin for the eleventh time. The organisers believe in the fundamental idea of the European Union and its reformability and development. 'Pulse of Europe' Meetings appear every Sunday in several European cities. The mostly bourgeois demonstrators wave Europe flags and sing the 'Ode to Joy' (German: 'An die Freude') which is used as the Anthem of Europe by the Council of Europe in 1972, and subsequently the European Union. (Credit Image: © Jan Scheunert via ZUMA Wire) 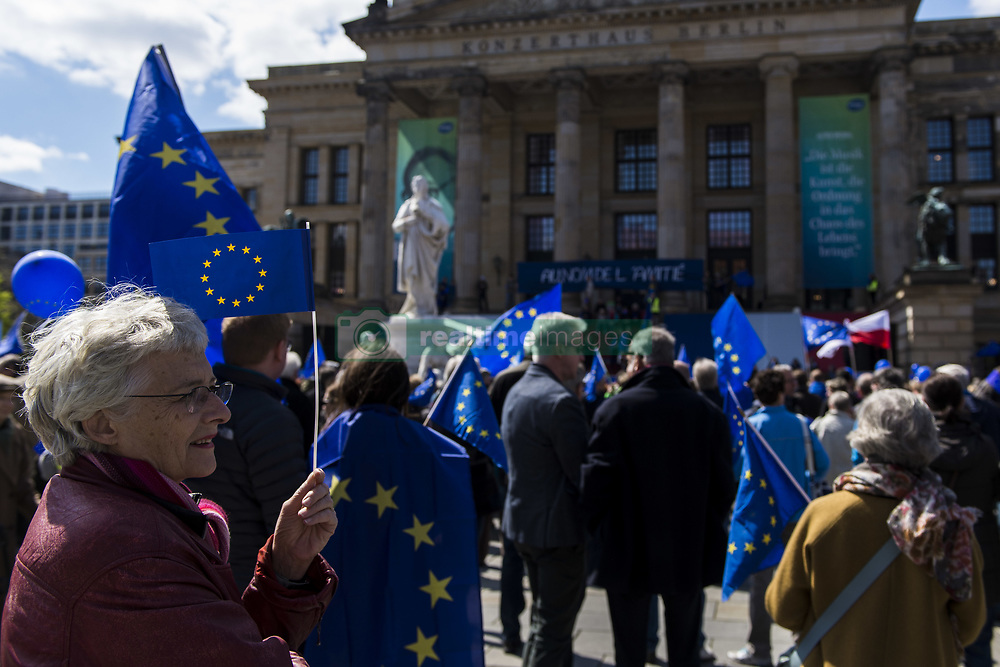