August 21, 2017 - Barcelona, Catalonia, Spain - A man holds a banner during a march of the Muslim comunity in Barcelona. Representatives of various Catalan Muslim associations have gathered in Barcelona in memory of terror attack victims and against terrorism the same day that Younes Abouyaaqoub, identified as driver of van that sped down Las Ramblas on Thursday, has been shot dead by Catalan police officers in the village of Subirats. (Credit Image: © Jordi Boixareu via ZUMA Wire) 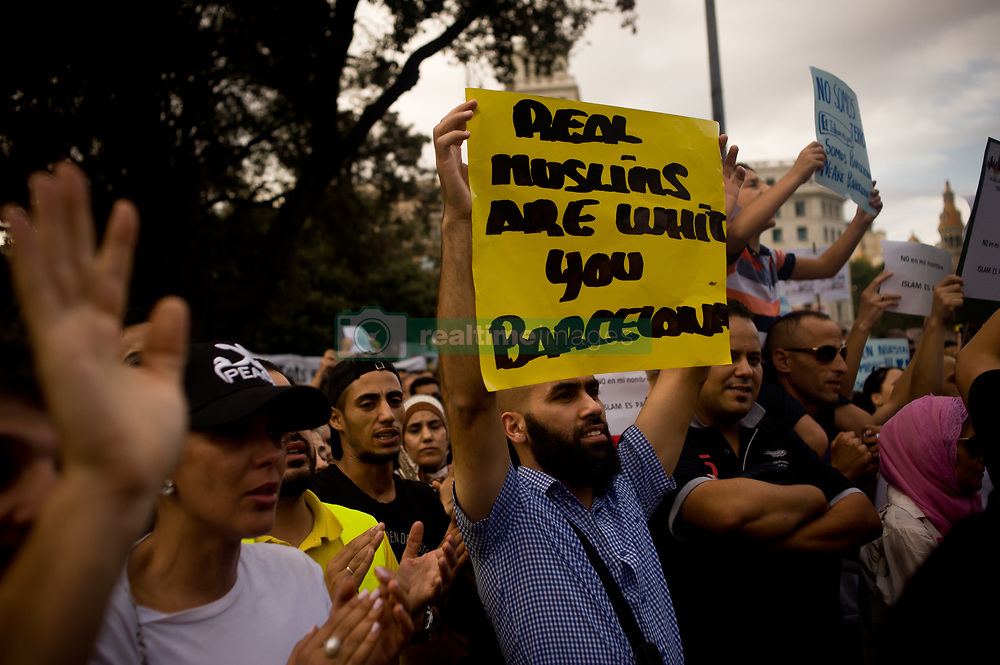