May 3, 2017 - SÃ¢O Paulo, SÃ£o paulo, Brazil - Two groups - one formed by descendants of immigrants and another by members of the so-called ''March Against the Immigration Law'' - clashed in the region of Avenida Paulista in SÃ£o Paulo.Acionados, military police forwarded to the police station of the brigades of both The sides; Injured, some had to be seen before in the hospital. Among the detainees is Hasan Zarif, leader of the ''Palestine for All'' movement and owner of Al Janiah restaurant in Sao Paulo. The anti-immigration act - which targets the new immigration law proposed in 2015 by then-Senator Aloysio Nunes PSDB-SP), who is now Minister of Foreign Affairs - was coordinated by the Right Movement SÃ£o Paulo. A bomb was dropped during the confrontation on Avenida Paulista, near ConsolaÃ§Ã£o do MetrÃ´ station. Members of the anti-refugee movement said that the explosive device was launched against protesters who, according to them, Act peacefully. (Credit Image: © Cris Faga via ZUMA Wire) 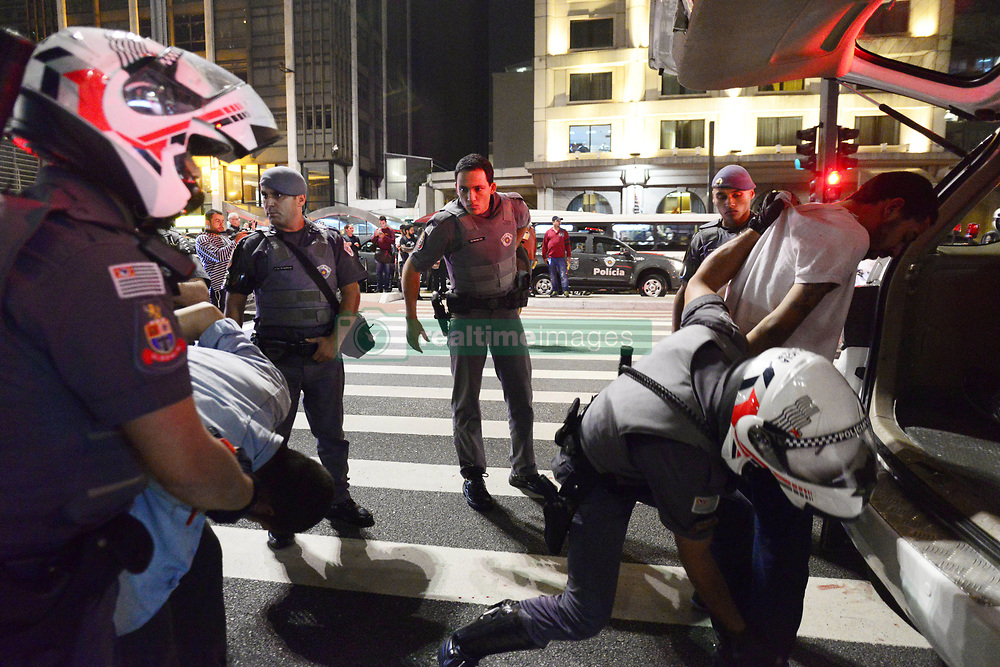