Violence across Srinagar after 4 killed by Indian forces

May 5, 2018 - Srinagar, Jammu and Kashmir, India - People carry the dead body of a protester who was ran over by police vehicle during anti-India clashes in Srinagar the summer of Indian controlled Kashmir on May 05, 2018. Four people including a protester and three rebels were killed during a gun-battle between rebels and Indian forces in Chattabal area of Srinagar. Massive clashes erupt across Srinagar after the news about the trapping of rebels and killing of protester spread across the city. Police fired teargas canisters, pellets, stun grenades and rubber coated bullets to disperse the angry crowd. (Credit Image: © Faisal Khan via ZUMA Wire) 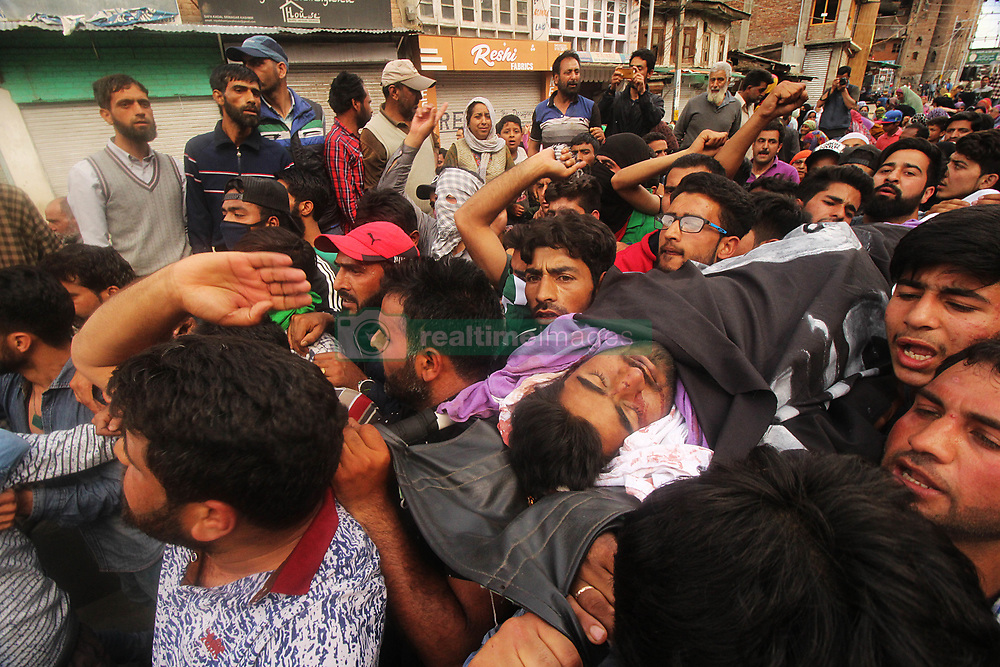