September 6, 2016 - Gaza City, Gaza Strip, Palestinian Territory - Palestinians hold pictures of their missing relatives during a protest, in front of the headquarters Council of Ministers in Gaza city, on September 6, 2016. Gazans are missing after one of the deadliest migrant shipwrecks on record, a boat, with 500 people on board, was intentionally capsized by traffickers as it made its way from Egypt to Italy (Credit Image: © Mohammed Asad/APA Images via ZUMA Wire) 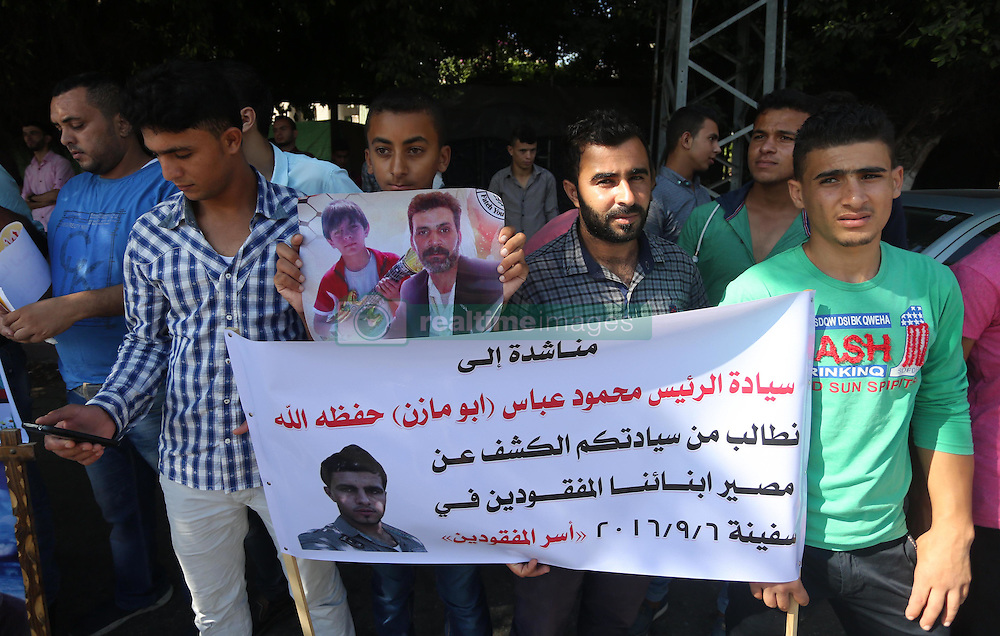