Tiger Woods breathalyzer tests at a Florida Jail on 29 May, 2017 following DUI arrest.

New video shows Tiger Woods handcuffed and barefoot while performing two breathalyzer tests in a Florida jail following his arrest on suspicion of driving under the influence. The 41-year-old golfer is seen looking disorientated and slurring his speech in footage released by Palm Beach County Sheriff’s Office on June 2. Woods is given repeated instructions about how to blow into the machine . An officer and technician are heard laughing when Woods says he “can’t unlock my two bracelets”. The sportsman also agrees to a urine test, but asks: “How am I going to hold it?” Woods registered a 0.0 blood-alcohol level. He released a statement later on the day of his May 29 arrest, blaming a reaction to prescription medication, but denying he had taken any alcohol. 05 Jun 2017 Pictured: Tiger Woods breathalyzer tests at a Florida Jail on 29 May, 2017 following DUI arrest. Photo credit: PBSO/ MEGA TheMegaAgency.com +1 888 505 6342 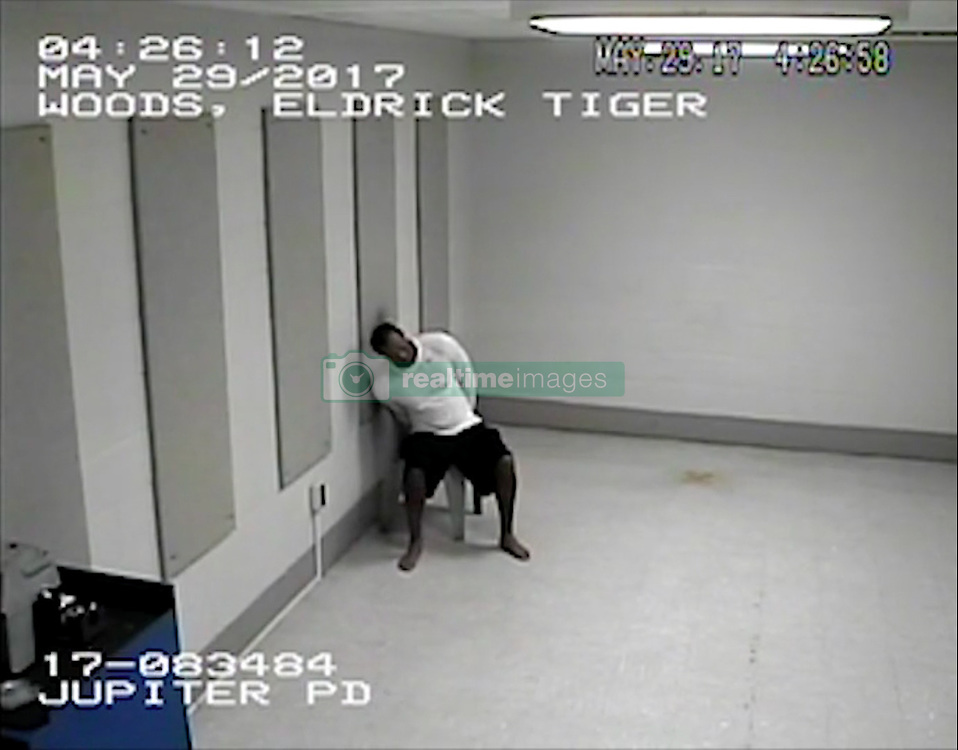