'Let us all unite' - protesting against a white supremacist in Tokyo

August 27, 2017 - Tokyo, Tokyo, Japan - A participant holds a photo of Heather Heyer during the standing silent appeal, a hundred people gathered in shibuya against racism and violence in memory of Heather Heyer under the slogan ''Let us all unite'' In Tokyo August 27, 2017. Heather Heyer died on August 12, 2017 when a car rammed into a group of people protesting against a white supremacist rally in Charlottesville, Virginia. (Credit Image: © Alessandro Di Ciommo/NurPhoto via ZUMA Press) 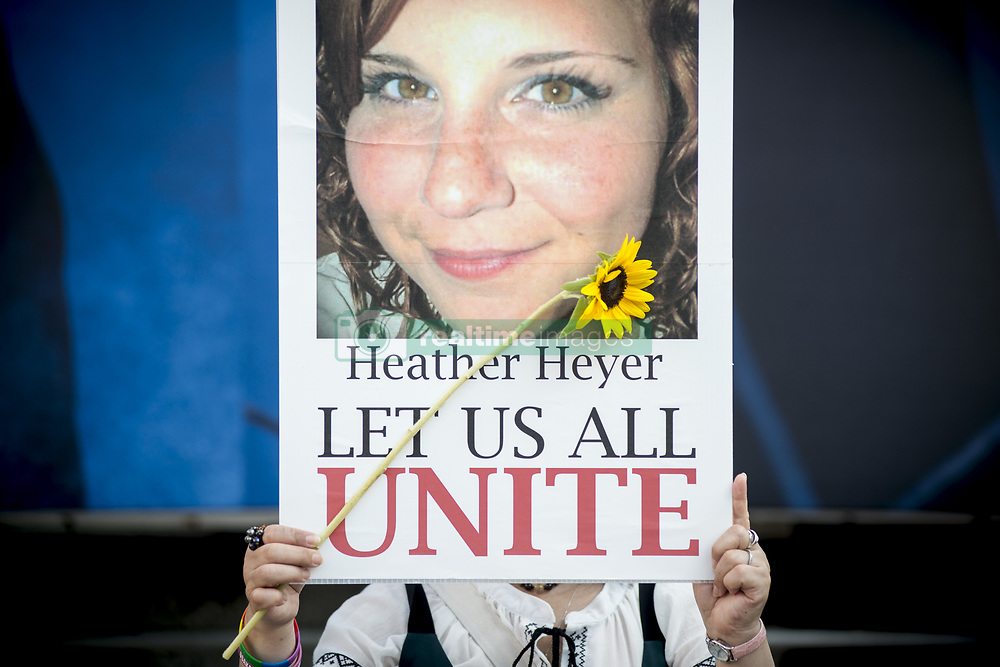