January 30, 2018 - Hundreds of Palestinians take part in the funeral of Imad al-Alami, a Hamas official who died today from injuries to his head. Al-Alami, a civil engineer, died at the Shifa Hospital in Gaza where he had been treated in intensive care for head injuries sustained while inspecting his personal weapons three weeks ago. Several Hamas officials including Hamasâ€™ political bureau chief, Ismail Haniyeh, attended the funeral and the ceremony at the Great Mosque of Gaza (Credit Image: © Ahmad Hasaballah/ImagesLive via ZUMA Wire) 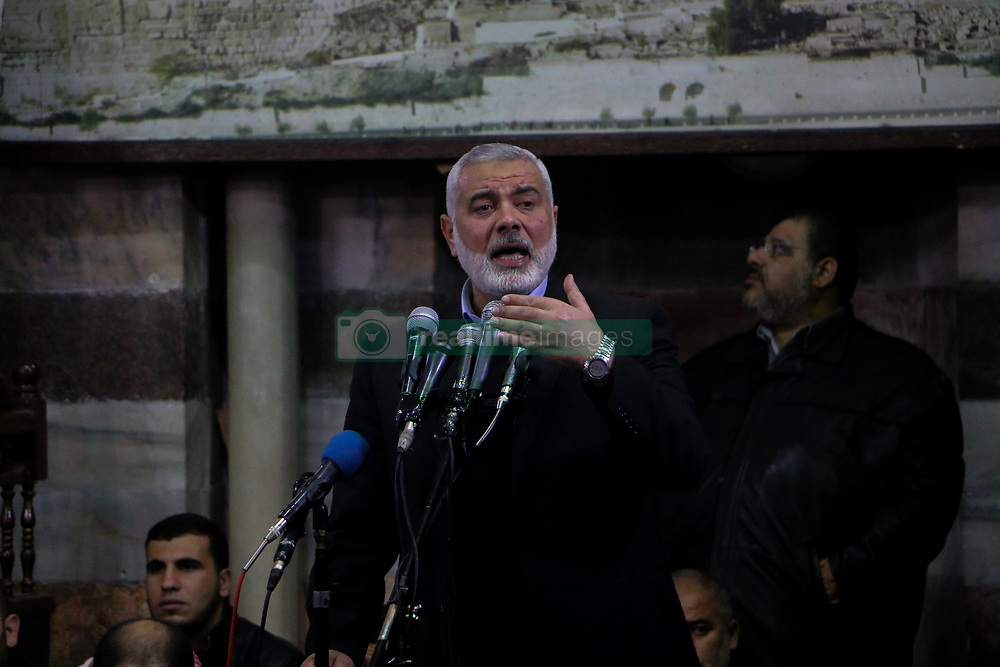