April 19, 2018 - Shangqiu, Shangqiu, China - Shangqiu, CHINA-19th April 2018: Girls wearing traditional Chinese clothes celebrate Shangsi Festival in Shangqiu, central China's Henan Province. Shangsi Festival, also known as the Double Third Festival, is an ancient Chinese festival celebrated on the third day of the third month of the Chinese calendar. During the festival people would go for an outing by the water, picnic, and pluck orchids. It is also a day for invoking cleansing rituals to prevent disease and get rid of bad luck. The day is also traditionally considered to be a possible birthday of the Yellow Emperor. The ancient traditions of Shangsi are mostly celebrated by a few local communities today, such as the ancient village of Xinye which holds elaborate ancestor worship ceremonies on this day. The great calligrapher Wang Xizhi mentions this festival in his famous work Preface to the Orchid Pavilion Poems, written in regard to the Orchid Pavilion Gathering during the Six Dynasties era. (Credit Image: © SIPA Asia via ZUMA Wire) 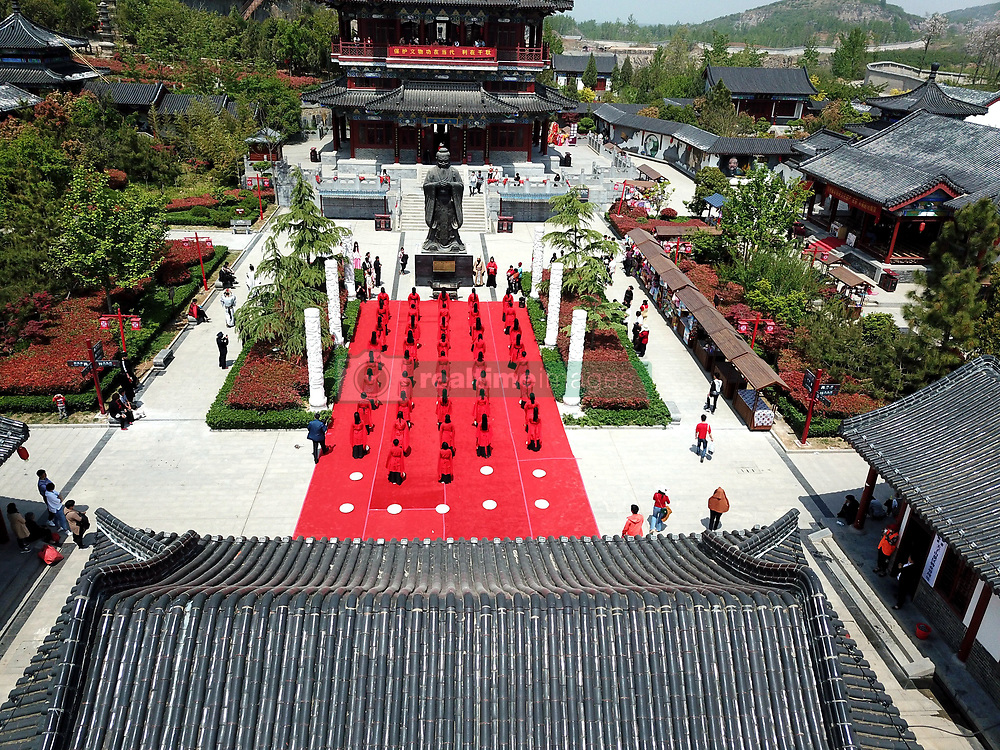