May 13, 2019 - Rome, italy, Italy - The anti-fascist demonstration awaiting the intervention of Mimmo Lucano, suspended mayor of Riace, in Aldo Moro square in Rome, Italy, 13 May 2019. With a big banner in his head ''Fascism is not an opinion'' the anti-fascist student procession started from the university city directed to piazzale Aldo Moro to protest against the rally of Forza Nuova, banned by the police, scheduled at 14.30 against the intervention of the former mayor of Riace pro migrants Mimmo Lucano invited in the afternoon to a seminar at the university. on May 13, 2019., 2019 in Rome, (Credit Image: © Andrea Ronchini/NurPhoto via ZUMA Press) 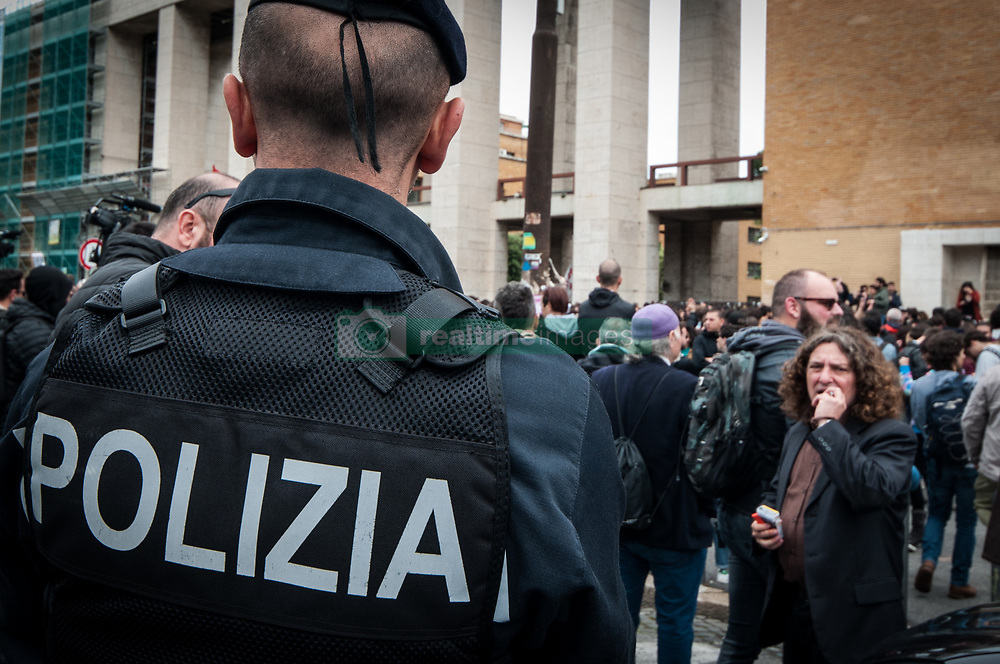