May 29, 2017 - Kolkata, India - The Black sky in Kolkata City, India, on 29 May 2017. The deep depression over the Bay of Bengal is gaining strength and has further turned into a cyclonic storm, the Indian Meteorological Department said. The cyclone is likely to intensify into a severe cyclone during the next 12 hours...Under the influence of the Cyclone 'Mora' over east-central Bay of Bengal, which is likely to intensify further into severe cyclonic storm during next 12 hours, conditions are favourable for further advance of southwest monsoon into some parts of southeast Arabian Sea, southwest Bay of Bengal and east central Bay of Bengal, remaining parts of southeast Bay of Bengal and some parts of west central and northeast Bay of Bengal during the next 24 hours, a weather forecast bulletin of the IMD said. (Credit Image: © Debajyoti Chakraborty/NurPhoto via ZUMA Press) 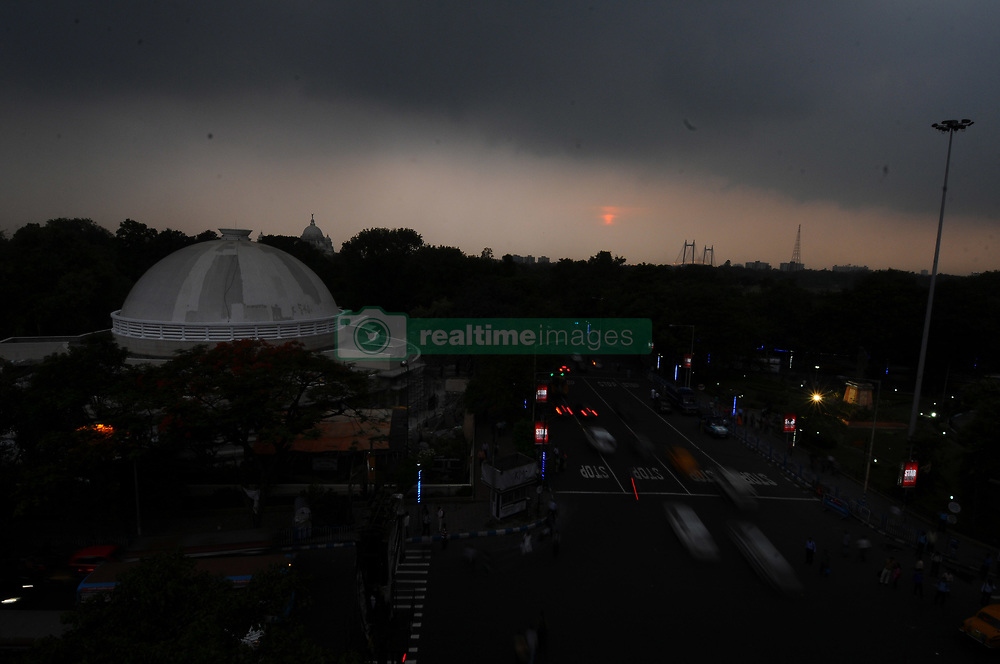