King Salman arrives on a state visit to Tunis.

March 28, 2019 - Tunis, Tunisia - Prime Minister Youssef Shahid welcomes the King of Saudi Arabia at the airport .... .....King Salman bin Abdulaziz, Custodian of the Two Holy Mosques and ruler of Saudi Arabia arrived here Thursday evening on a state visit in Tunisia. President BÃ©ji CaÃ¯d Essebsi was at his reception on his descent from the royal plane..At the Pavilion of Honor, an official welcoming ceremony with the salute of the national flag to the sounds of the two countries' anthems was organized in honor of the Saudi guest who was also greeted by the head of government Youssef Chahed. (Credit Image: © Chokri Mahjoub/ZUMA Wire) 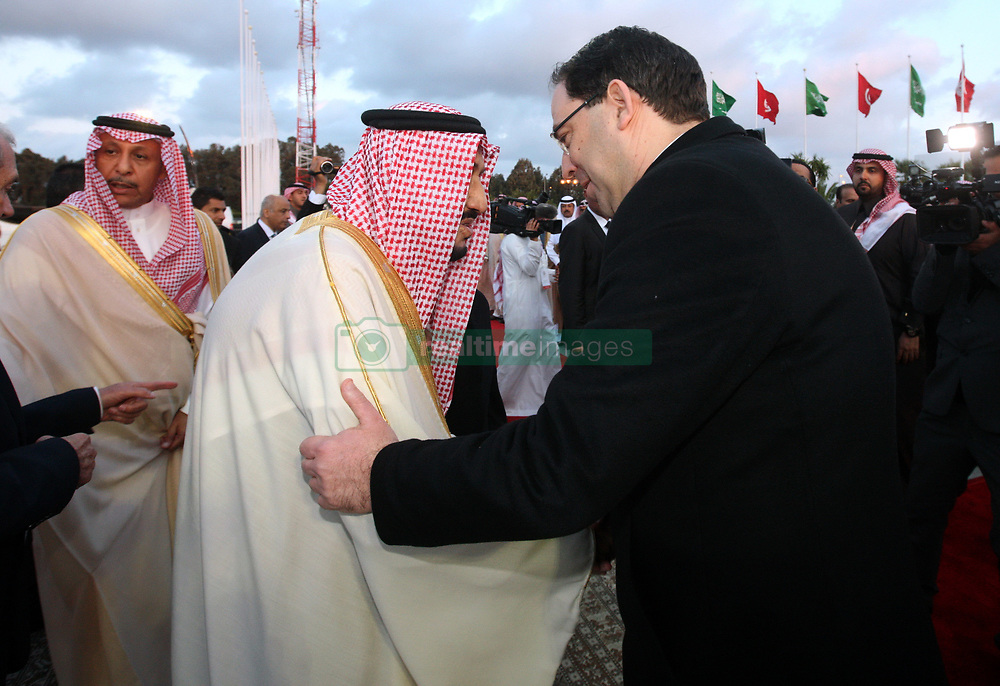